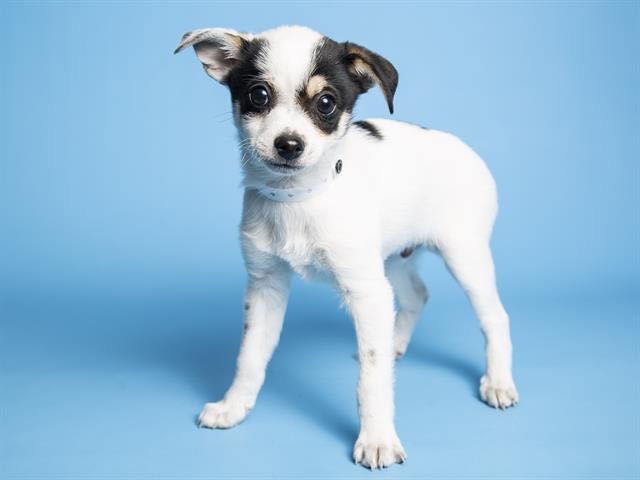 I had a bit of an adventure yesterday and it's all because of this cute little fellow.  My sister Judy has been trying to find a puppy to adopt but, she lives in a smaller community in northern Arizona and every time she has tried she was just seconds too late. 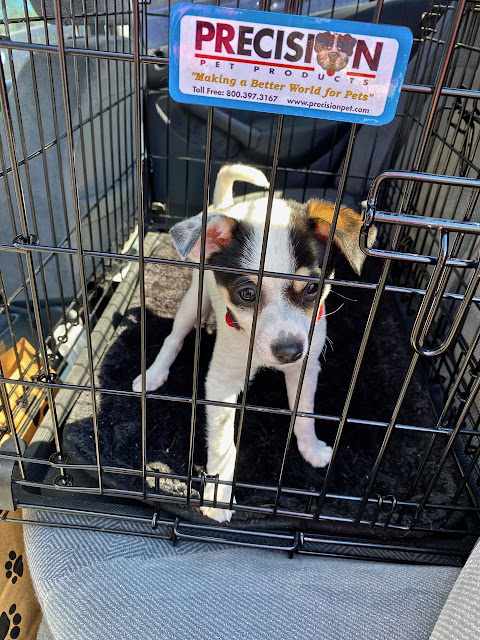 My close friend David works for the Arizona Humane Society as the Senior Philanthropy Officer so I told my sister we might be able to find a puppy for her down here.

She was thrilled but she won't drive down here in the valley because our traffic is so awful and she just isn't used to it.  So, I told her if she found one she wanted, I'd take care of all the arrangements down here and then meet her half way to make the exchange. 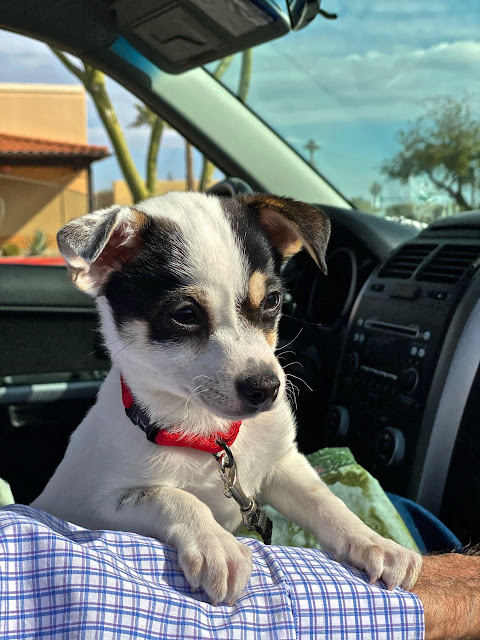 Pepper was not too fond of riding in the car in that little crate.  He made quite a fuss for about 30 minutes but finally tired himself out and went to sleep.

To the right is Pepper when I was saying goodbye to him after meeting my sister Judy in Anthem Arizona.  I talked to Judy a little while ago and she said he's settling in but has been sticking pretty close to her.

It turned out to be an adventurous day but time spent with this cute little fellow was well worth it.

Oh my gosh Sharon, Pepper is adorable. So happy he's going to a good home 💙

He looks very cute, hope he will settle down very soon with his new boss.

What cutie! Good thing Judy has a nice sister. ;-)

Such a little sweetie, how fun

He is so sweet, Sharon! So are you for helping with the whole procedure!

Awwww...Pepper is so cute! I'm so glad your sister has adopted him!

Okay I have puppy envy. We would so like to have a dog again, but fear we travel to much.....well that is not tru lately 😂

That dog is so cute it just hurts me.

Pepper is so very cute and he's got a new forever home. What a great story for you all.

Judy is blessed and it will be a good reason to visit her and Pepper.

Beautiful cute dog. If that was me Id' be bringing everything home.

Awww how cool that you found Pepper for Judy. What a wonderful sister you are!