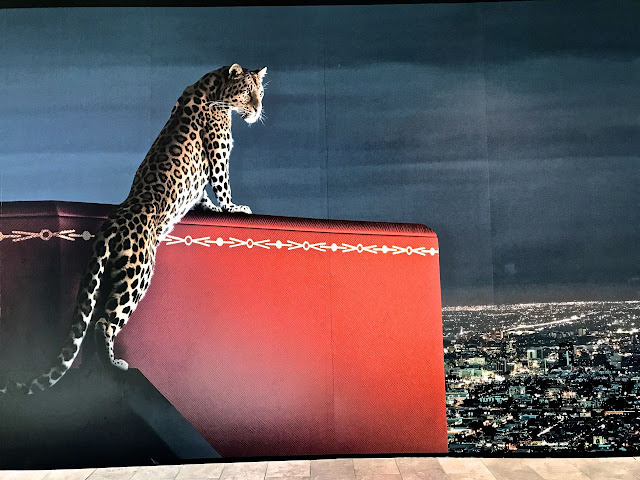 I grabbed a few shots out of the archives for today's post.  Up first is a rather sleek leopard panther overlooking the city.  This was a mural that covered the wall hiding what would soon become the new Cartier store at Scottsdale Fashion Square.  There was no message of advertising on it, just this rather dramatic image. 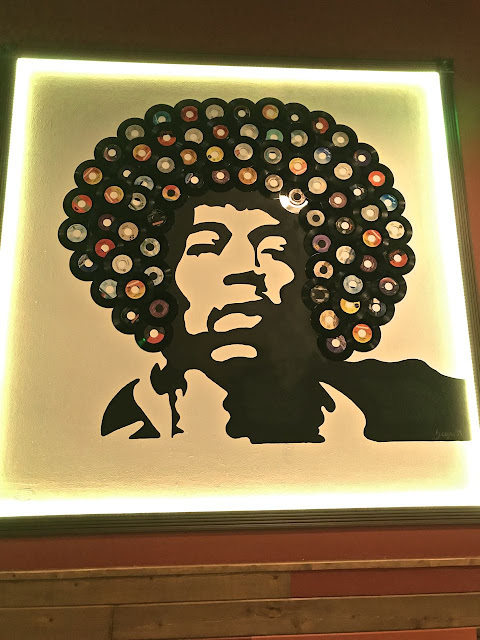 Lenny Kravitz depicted using old 45 records for his hair. This was found last summer on the wall of a local restaurant. 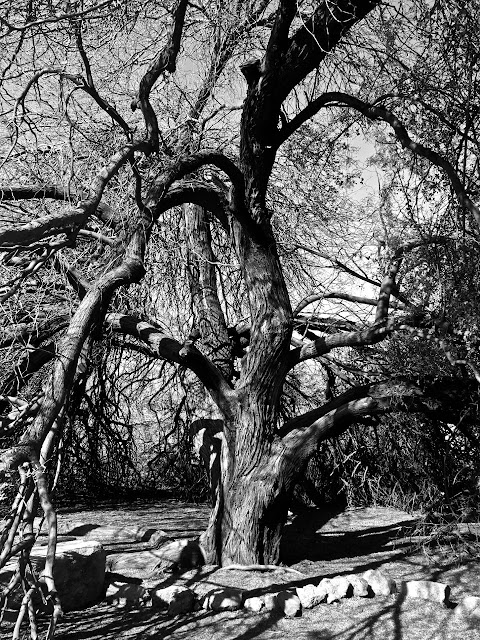 An old tangled tree found on one of the trails at the Desert Botanical Garden.  The tree has a menacing look to it made even more so when depicted in Black and White. 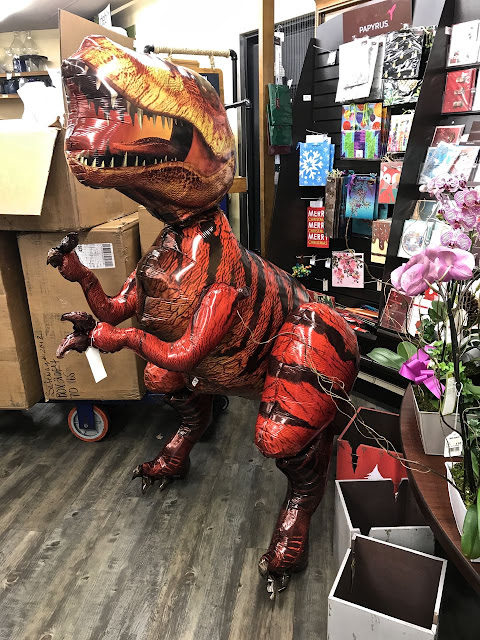 And finally, this rather unusual retail item.  I saw this intimidating guy in the flower department of my local Safeway store this last December.  Nothing says Happy Holidays like an inflatable dinosaur!
Posted by Sharon at 1:00 AM

The first photo is awesome. It looks so realistic.

The leopard is fabulous!

Re The panther by the Cartier store:

Roseann, thanks for the info. I always think of panthers as jet black but they are spotted too!

Sure, everyone needs a panther and/or an inflatable Tyrannosaurus Rex. :-)

Fantastic finds, Sharon! The first one does look real and I love it.

Wait, what's the difference between a spotted panther and a leopard? I would have called that a leopard. Clearly I do not know my big cats.

Some amazing photos. Being a cat lover, I'm drawn to that leopard and it seems to me that Cartier uses a leopard in their advertising. And that tree in the BG - wow! You wouldn't want to meet up with that on a dark night.

That Lenny Kravitz thing is way cool. Some people are so clever. That is a great shot of that tree too.
Amazes me that the whole world is going through the same thing right now....Wouldn’t it be wonderful if we came out of this with world peace?

Love the first shot Sharon, the inflatable dinosaur made me smile, I know two little male youngsters in my family that would love him 😉

I'd go for the dinosaur.