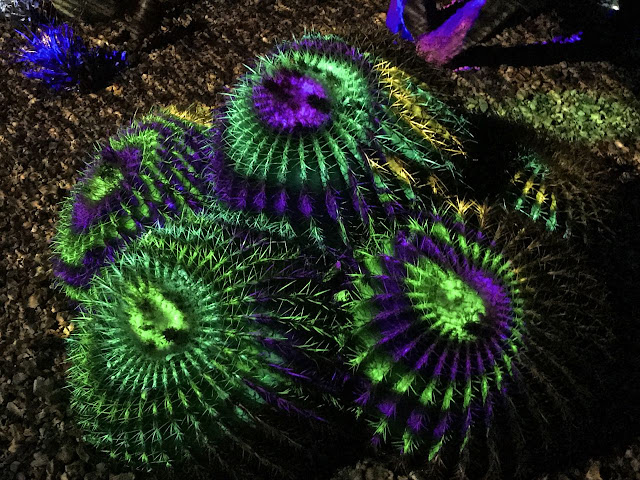 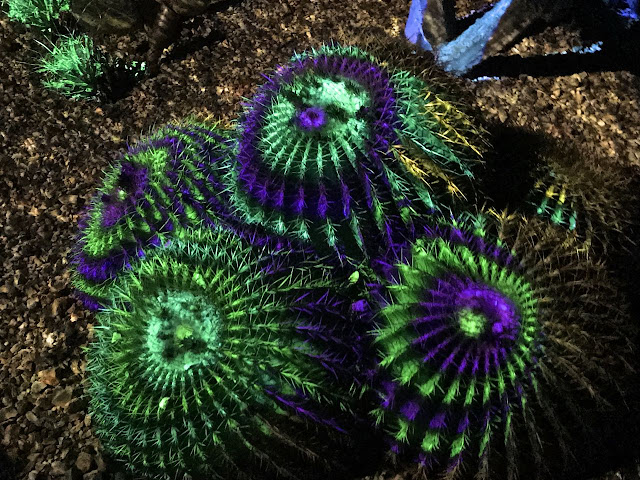 In the fall of 2018 a new exhibit was installed at the Desert Botanical Garden.  In review all these exhibits, I noticed that I never posted anything about this exhibit.  That's probably because most of my visits are day time visits and this was a decidedly night time show.  It was called "Electric Desert" and it was a light and sound show by the Klip Collective. 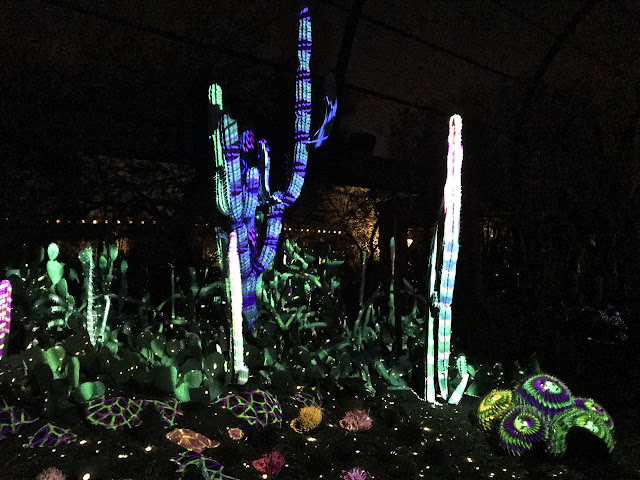 The show consisted of colorful lights that turned the cactus into glowing and moving objects.  While this happened, soft, ethereal music played.  It really was a mesmerizing effect. 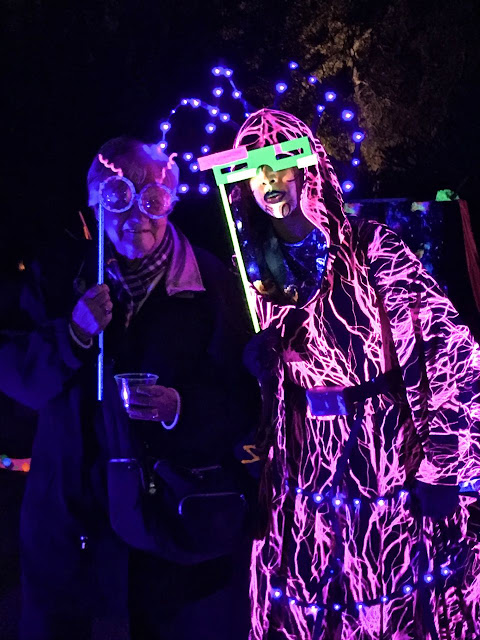 On special nights, they had glowing creatures roaming the garden.  There I am posing with one them.
One of the places with light effects was the hillside to the south of the garden.  There were chairs set up so people could enjoy that show as the lights roamed over the hillside and all the plants.  I tried to take some photos of it but that one was hard to capture. 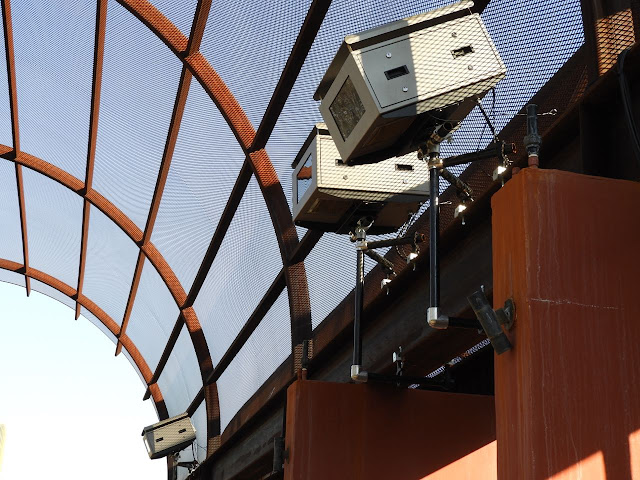 In the daylight hours, the only sign of this show were the many projection devices that were located throughout the garden.  They were mostly hidden by roof lines but these under the screen canopy could be seen but only if you looked up.
If you would like to get an idea of what it was like there is a 2 minute video on DBG website.  Here is the link.  You can see how the lights moved over the cactus in my first three photos and how the hillside looked with the crawling lights.  It was kind of magical.

Oh fantastic, I love those lightshows very much. We had them in Amsterdam too in some winters.

Someone beat me to it, Wow! Amazing color, night time photos can be so special.

Light shows are lots of fun, the beauty is incredible.

Are you sure that drink in your left hand didn't produce some of the psychedelic effects? ;^D

Whoa! That looks fantastic! Did they pipe in the Grateful Dead or Jefferson Airplane over a sound system? :)

Super shots Sharon, night time is such a tricky situation for photos. Thanks so much for the link, really enjoyed the visual and the soundtrack, was perfect! So clever ✨