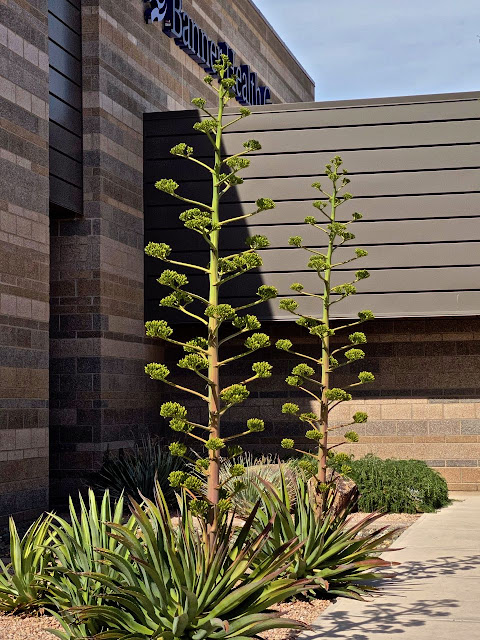 About two years ago, my GP doctor moved from an office that was close enough that I could walk there to a brand new office in the furthest northern part of Phoenix to an area called Desert Ridge.  It's approximately 15 miles from where I live.

I had an appointment last week so I made the long drive up there.  Once I parked the car, I found myself admiring the century plants in front of the building.  They had sent up their tall stalks of blooms that are getting ready to open up.  Once the flowers open up, the agave plant itself will die but it will have set out several new plants sometimes called pups.  But for the next month or so, these plants are going to look very pretty and attract birds and bees. 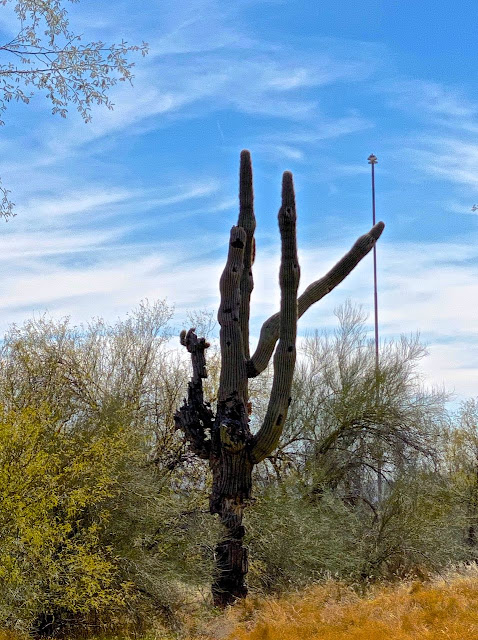 The medical building itself sits right on the edge of open desert.  It really does look like this is the very edge of town.  In one direction I saw this very decrepit saguaro cactus.  It looks pretty ragged but it's still standing tall. 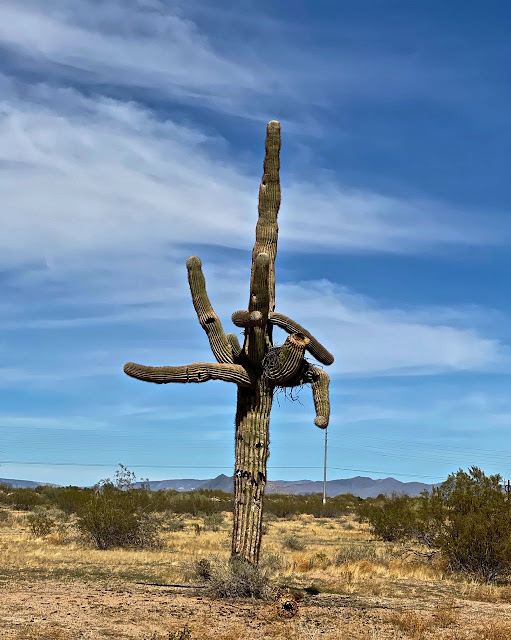 On the other side of the building was another saguaro that was also looking like it had seen better days.  Not quite as bad as the one above but looking like it's headed that way.

I'm betting that this area will grow out with more businesses and housing.  One day in the future, these two old timers will be replaced by buildings.

The cactus doesn't look very well, hope they can survive and stay there.

Turning your trip in to a photo op... smart move Sharon.

The cactus looks a bit unwell I agree. Is that a normal look for them in the wild?

Those cacti have seen a lot of days.

It looks like you are out in the wilds!

I bet those cacti are both very old. Aren't saguaros notoriously slow-growing?

The cacti look a little ragged.

Oh, gosh! I know you're right, but it would be a shame to see this land developed.

The Century plants are interesting Sharon, what an amazing life cycle they have! You really are on the edge of the desert there.

Those saguaros have definitely seen better days. I miss springtime in the desert.