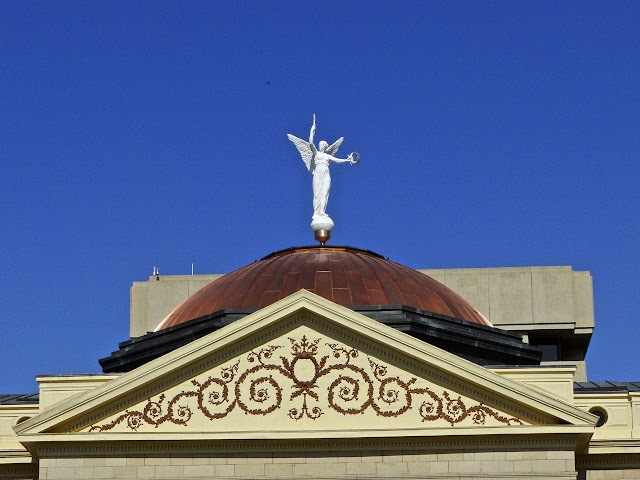 The top of the Arizona State Capitol is crowned with a copper dome and a winged victory weather vane.  There is also some pretty copper scroll work below the gable. 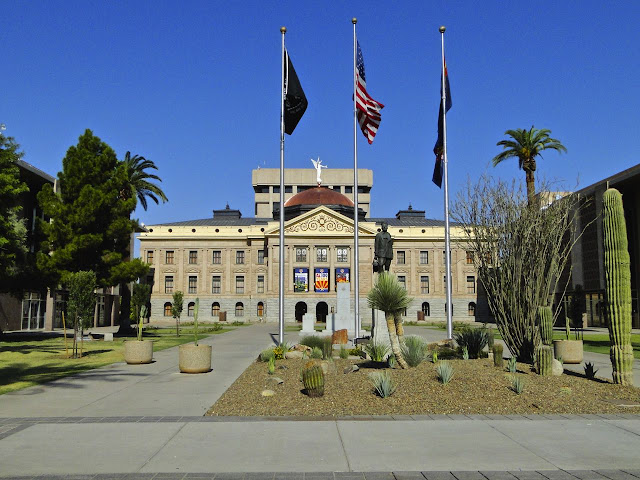 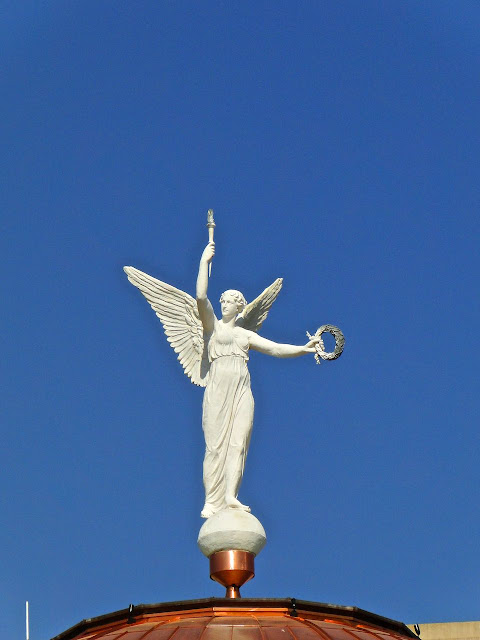 Our capitol building is not as attractive as some of buildings in other states.  But, that dome does add a touch of distinction.  The building was actually built before Arizona became a state and was meant to show that we were ready for statehood.  Construction began in 1898 and it was open for business in 1901.

I recently saw a bit of trivia about that copper dome.  The copper used to create the dome is the equivalent of 4,800,000 pennies.

Gorgeous detail shots Sharon, enjoyed the history of the dome also.. those blue skies are pretty fabulouso as well 😉💙

Victory looks so good against that sky!

That would be green over in the UK

I'm SO glad they put the copper in the dome rather than creating another 5 million useless pennies! LOL!

It's a very very nice building.