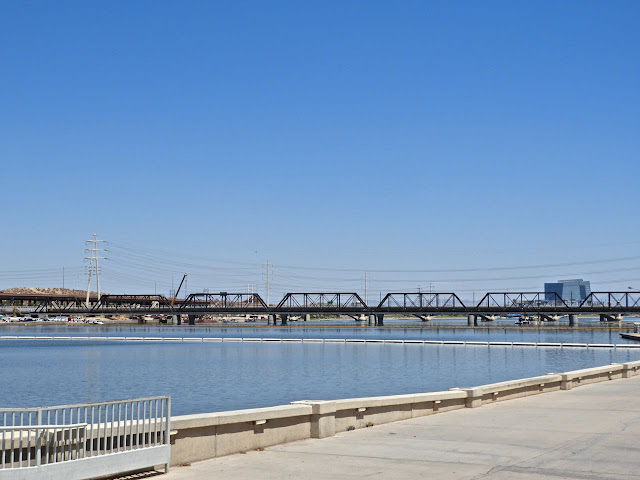 Some of you might have heard about the train derailment that happened on July 29th in Tempe. It happened as the train was crossing this railroad bridge.  The bridge was built in 1912, the same year that Arizona became a state. 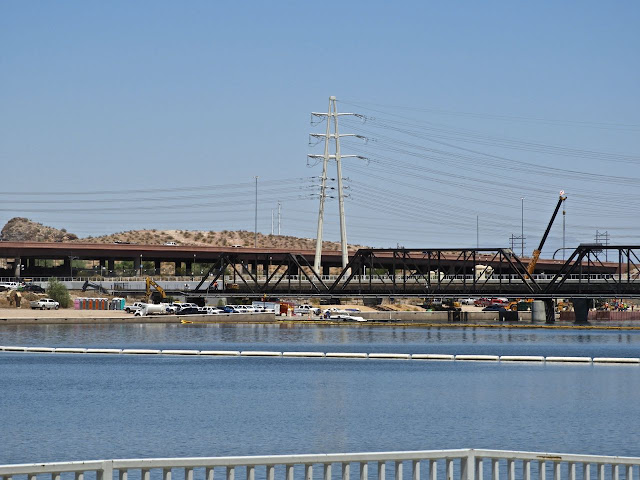 On August 2nd, they demolished the end of the bridge that was damaged so on Thursday I took a drive to Tempe to see if I could see anything interesting. I couldn't. I couldn't even get close. All the streets I knew would give me a view were closed. 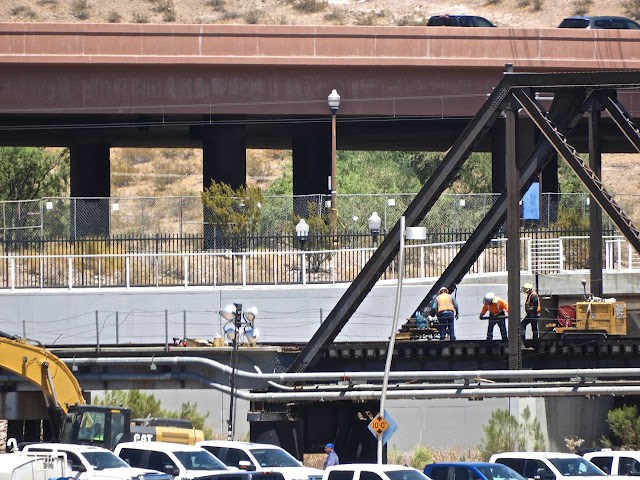 It looks like they've already made some progress in reconstruction. I zoomed in to see the workers. Those big lights make it look like they might be working round the clock.
If you would like to see some images from the actual crash, click here.

OMG that was a ravage, must take some time to repair.

That kind of a fire can really do damage, if it a mainline for freight, unless there are good bypasses, there will be a lot of pressure to rebuild. There are a couple of contractors that specialize in doing that kind of work.

That is a huge job.

The derailment made the TV news here north of the border. The good new is none of the train's crew were hurt.

Oh my gosh Sharon just looked at the link, what a shocking derailment! The bridge is pretty old, will be interesting to see how they redesign it. Read Andy's comment above, thank goodness the crew were ok, very lucky they were ✨

It was so lucky that no one was hurt!

I hadn't heard about this incident, but I'm sure it will take some time to fix!

I had not heard about this. Guess we never know when old bridges are going to create trouble.

What a huge derailment. I read the article that said two workers were sprayed with a chemical when unhooking a hose but it's not life threatening. They will be working on that cleanup for a while.

One of the things I'm looking for in a new administration is a commitment to rebuild our aging and deteriorating infrastructure.

no I didn't hear about it but I hope no one was hurt.

I remember reading about it. Lot of work to fix and good job you could zoom in

I did't know about it.
If they are working around the clock, it won't take long to have it fixed.

That can't be good.

I don't think of the PHX area as a railroad city like us, Chicago or Kansas City. But of course you need them. Do parts of the Southwest get so hot that the rails deform or break apart?

Didn't hear about it in Saudi Arabia! LOL. Glad no one was hurt!