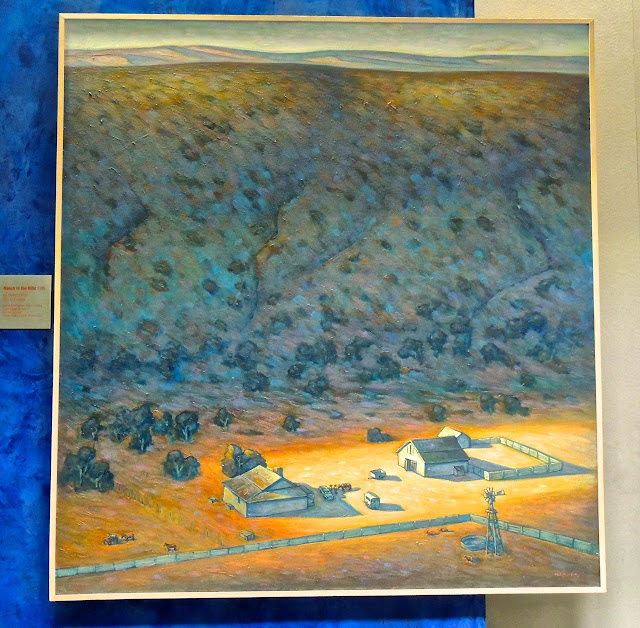 When I was at the Phoenix Public Library last February, I wandered around admiring the various art works that are scattered about the building.  This one is called "Ranch in the Hills" and it was painted by Howard Post, a well known Arizona artist.  Mr. Post was born and raised on a ranch near Tucson.  He graduated from the University of Arizona and taught art there for two years before becoming a commercial artist.  In 1980, he decided to start painting what he knew best, Arizona ranching life.  You can find his paintings in museums and galleries all over the country. 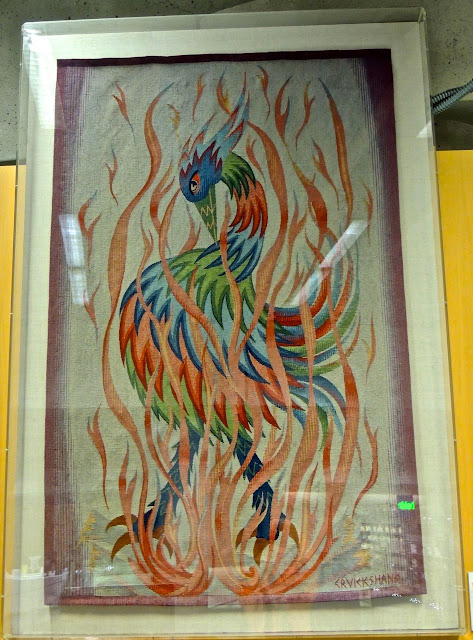 Not far away I found this wool tapestry called "Phoenix Bird" by Ronald Cruickshank.  Mr. Cruickshank was a Scottish weaver who combined modern designs with his medieval style of weaving. (This one was framed behind glass, sorry about the glare.)

Both of these art works were gifts to the Phoenix Public Library from patrons who contributed them so they would become part of the permanent collection.
Posted by Sharon at 1:00 AM

A great gift to the community

I like them both and would not have thought that 2nd one was a tapestry, Sharon!

I'm glad someone thought to give these to the community rather than simply selling them.

I like that birds-eye view the best as well as the lighting effect.

I like the first one, it reminds me of a farm in the Australian outback.

What nice gifts! So good that the community can enjoy them.

Both are just lovely!