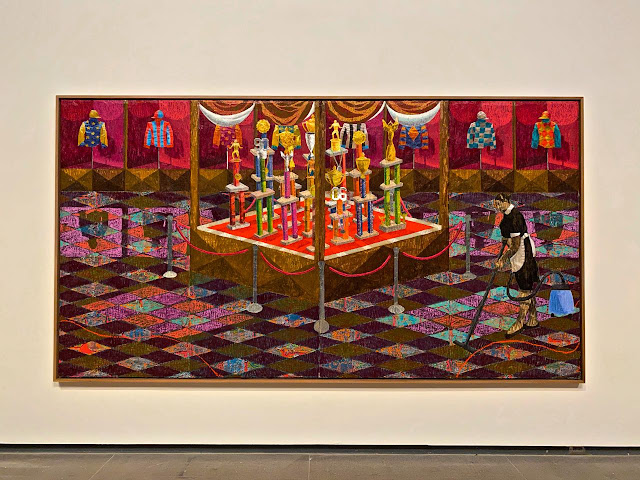 After I explored the Fearless Fashion exhibit at the Phoenix Art Museum last weekend, I strolled around the rest of the museum to see if there was anything new hanging.  I saw these two new pieces.  The one above is called "The Futility of Achievement" by Derek Fordjour and American artist born in 1974.  I read the description saying it was composed of acrylic, charcoal, cardboard, oil pastel, foil and glitter on newspaper and mounted on canvas. 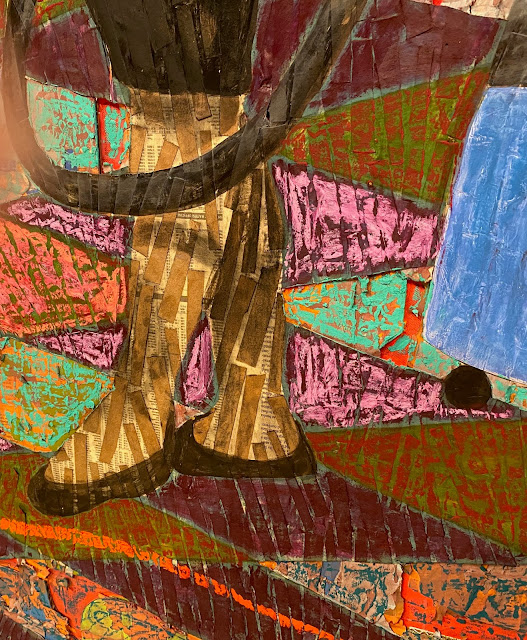 That made me take a closer look.  There really were a lot of components to this work.
It's an interesting piece. 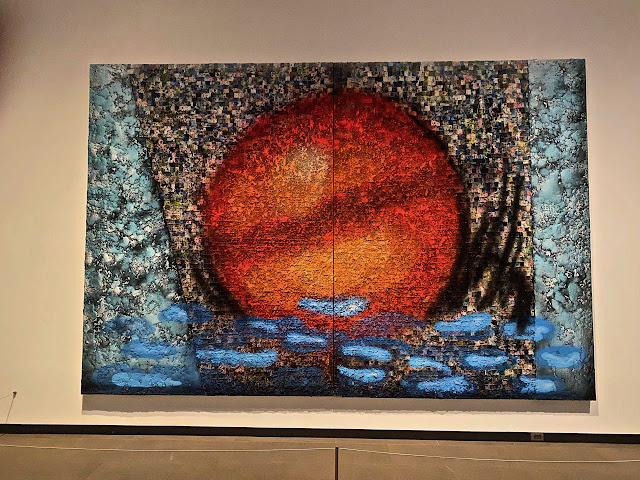 The other new piece I saw was this one called "Fleeting Memories & Lasting Moments".  This one is by Vaughn Spann who was born in 1992.  It also has a lot to it.  It is described as mixed media with paint and Terry cloth over the canvas.  The young age of this artist made me curious so I did some searching.  He's an interesting young artist who has become quite a sensation.
I have a new post on Sharon's Sojourns today.  I was craving a little Egyptian architecture.
Posted by Sharon at 1:00 AM

Nice with the woman cleaning it all up.

Very imaginative - both of them!

Interesting works! I especially like the "futility of achievement" one.