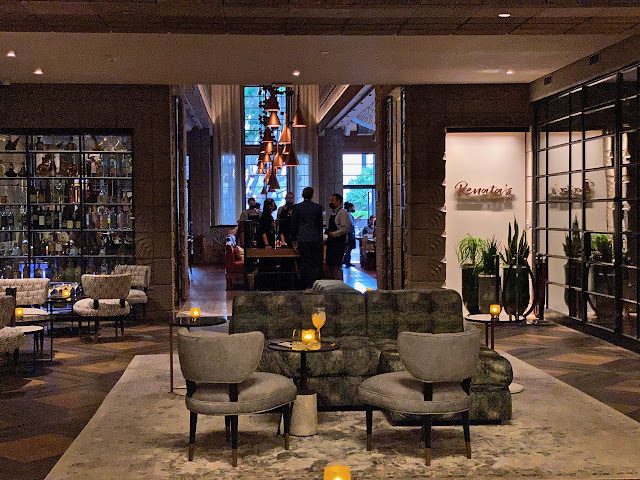 The Arizona Biltmore Hotel reopened in March and I finally got to see the changes that were made.  I joined three good friends for dinner at the new restaurant at the hotel called Renata's.  This new place calls it's food "modern Latin cuisine" and I have to say, the food was excellent! 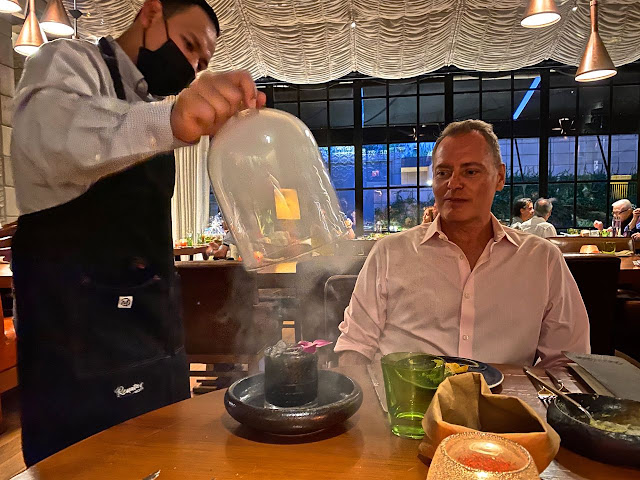 My good friend David ordered one of the specialty drinks called Los Muertos. It's described as Serrano-infused blanco tequila, activated charcoal, agave, lime juice, black lava salt and smoke.  Sounds dangerous, doesn't it?  This is the way it was presented, under a glass dome filled with smoke.  I did taste it and it was pretty tasty. 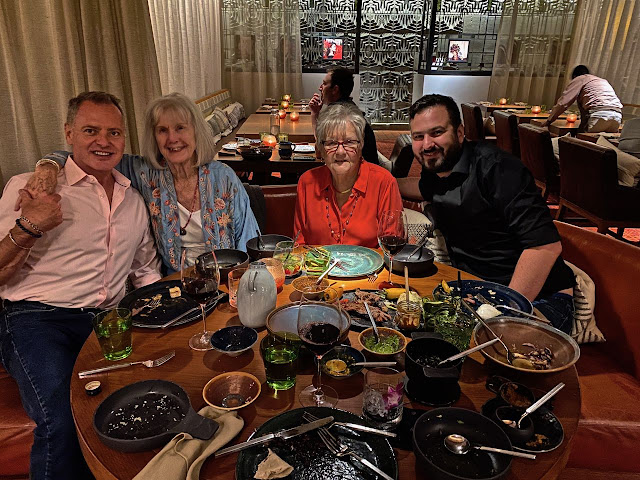 I asked our waiter to take a photo of us after our meal but before they cleared the plates.  Just look at all those dishes.  The menu consists of a lot of shared dishes and if I remember correctly we ordered 5 different things but as you can see, that filled our table with dishes.  We had no trouble eating it all. 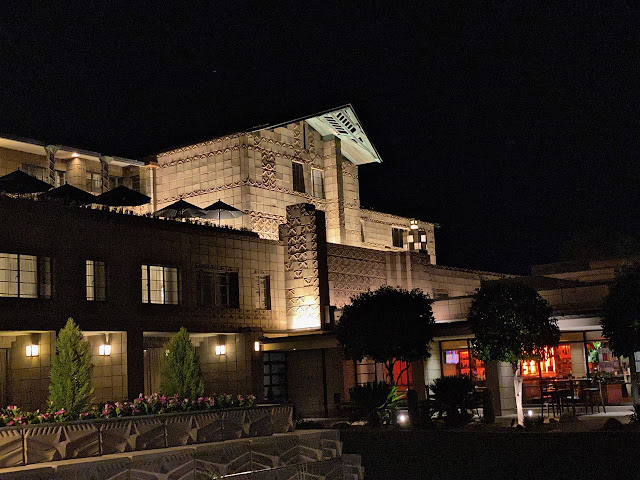 I snapped this photo as we were leaving.  The front of the hotel was nicely lit up and looking like the grand old place it has always been.  In some future posts, I'll show you some of the changes that were made over the one year that they were closed.

Everything sounds perfect. A dinner shared in friendship and an extravagant drink. An evening to remember.

Stylish looking place. Nice to see that things are getting back to normal.

Good to see things are getting normal again. Here some restaurants have opened again after a long time. But still distances between each other...

Looks elegant. I had lunch with a new co-worker yesterday, a three hour lunch (not three martinis, we have lost so much) I like the reduced density in restaurants

That looks like so much fun, Sharon! I envy you being able to get out and about like that!

Lovely to be able to eat out with friends again Sharon...oh la that drink sounded wickedly dangerous.. in a good way 😉

What a grand place to enjoy both good food and good friends.

Looks like you had a great time with your friends.

It looks beautiful inside and out! That drink sounds like quite an adventure. I don't think I've ever had a "smokey" cocktail! It's so great to see a picture of you and David, who we hear so much about! (And your other friends too.)

Wonderful. I can tell you had a great time!