The Gift of Navajo Weaving 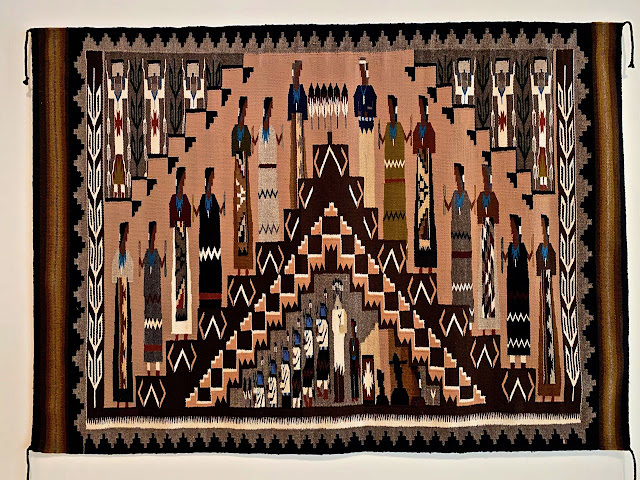 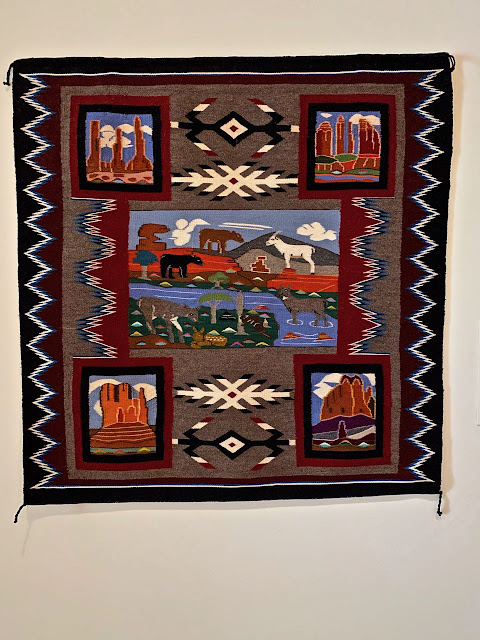 When I was at the Heard Museum weekend before last, there was another exhibit in a different gallery that really appealed to me.  It was a collection of 46 Navajo rugs and textiles that are all part of the Heard collection displayed all together in one room.  I was amazed and stunned at the beauty in that room.

The first one above is by Nellie Curley and is called "Generation of Weavers" in tribute to the generations of weavers who have passed down their weaving skills to the next generation. 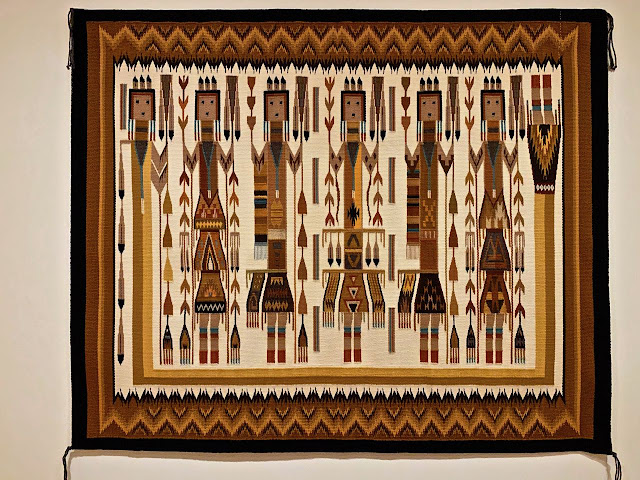 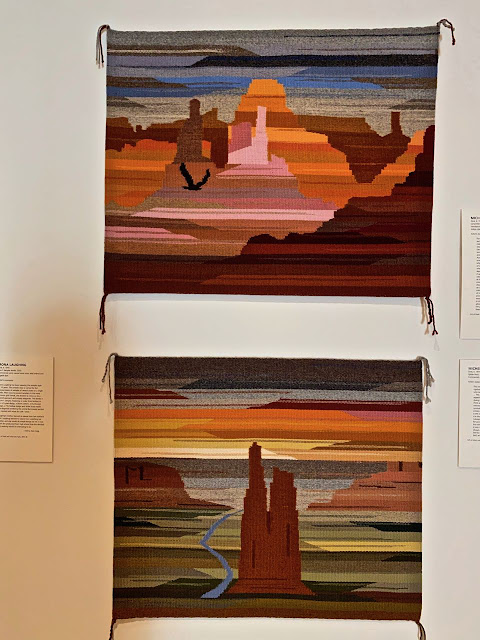 The one above is by Alisa Ann Peacock and it's called "Rebirth".  Alisa is a 4th generation weaver.

To the right are two more pictorial textiles from weaver Michele Laughing-Reeves.  The top one is called "Canyonland Flight" and the one below is "Spider Rock".  Michele was inspired by the red rocks and canyons of Southern Colorado.

I'll show you a few more tomorrow including two of my favorites.

Beautiful! I love how they all tell stories about the people and the landscape.

They are wonderful, Sharon!

The Heard Museum has the best and the most beautiful Native Indians collections ever!

Indigenous art is so creative, alot of the Maori weaving here is very clever too.

The next to last is my favorite, but they are all wonderful.

Such talent. That Inn in Tucson is darling. Wasn’t it fun to get away?!

These are magnificent. I particularly like the third one.

It's interesting to see the change in style from the traditional to the modern.

Amazing!
I am so looking forward to seeing works of art with my friends... going to a restaurant afterwards and talk about what we have seen... Not in the very near future... A state of emergency and a provincewide stay-at-home order are in effect as of today for four weeks.

They are superb Sharon. They remind me of the storytelling of the Aboriginal paintings, only in a different medium and different story.

Wow - these are all just beautiful. I'd love to see this exhibit.

The first and third really speak to me. Lovely.