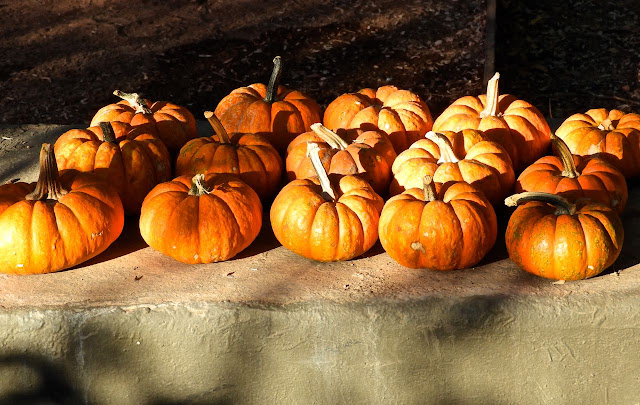 Today is Thanksgiving Day here in the U.S.  There will be a lot of pumpkin pie served on many tables.  I'm making pumpkin bread myself.  Of course, it won't be made with the little pumpkins shown here.  These little ones are not good for cooking.  These little pumpkins were found at the Desert Botanical Garden about three weeks ago.  Someone had placed them on this wall all line up in neat rows. 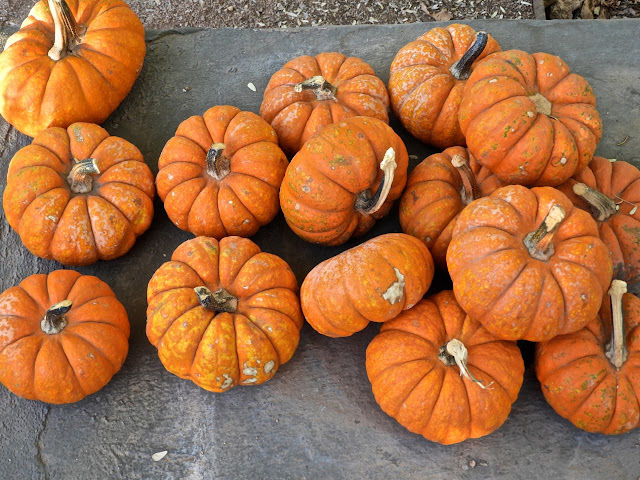 A week later, the neat rows were gone but the jumble of little pumpkins was still on that same wall. 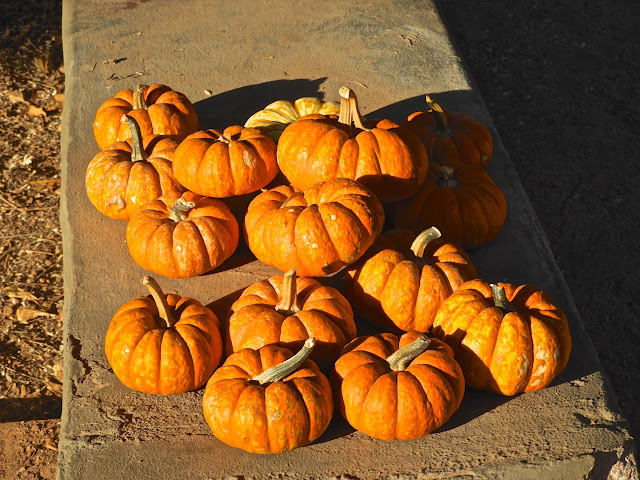 Then just this last weekend, they were rearranged again but they were still in the same place.  The next time I go, I'll look to see if they are still there.
In the mean time, I'm going to enjoy some pumpkin bread, some pumpkin pie and some turkey and mashed potatoes too.  It's a day for eating as well as giving thanks.

That's a lot of pumpkins!

And a happy Thanksgiving to you, too, Sharon.

I have been so busy this morning that only now am I wishing you a Happy Thanksgiving! As a gesture of solidarity I will go to the supermarket and buy a pumpkin pie. I will buy it and eat it too. :))) What a sacrifice this will be...

And the same to you. I have no cooking responsibilities so I am taking the opportunity to visit more colleagues' blogs. Love the intensity of the color with perfect lighting.

We had our pumpkin pie with whipped cream, ala Judy, and a pineapple dump pie from the BRD. I like pumpkin the best.

I'm seeing lots of pumpkin, corn and barley soup with them, yum

Hmmmmm...was someone giving them away, do you think? Or were they an intentional decoration? (Or both?!)