The Art of Anime and Manga 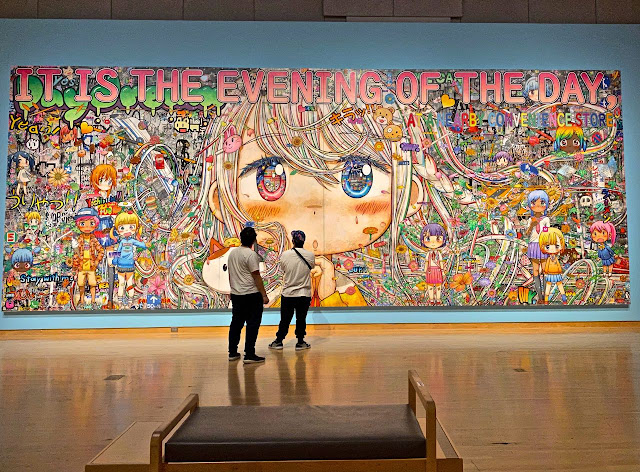 While we were at the Phoenix Art Museum last Sunday, we decided to take a look at the latest exhibit called "Mr.: Can You Hear the Song of This Town".  It is the work of Japanese artist known as Mr. 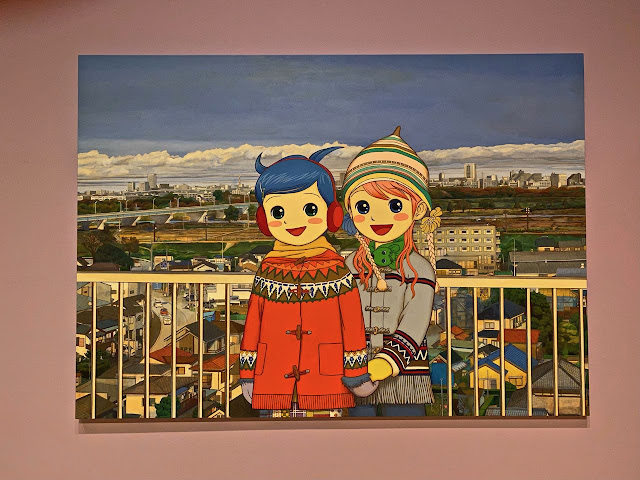 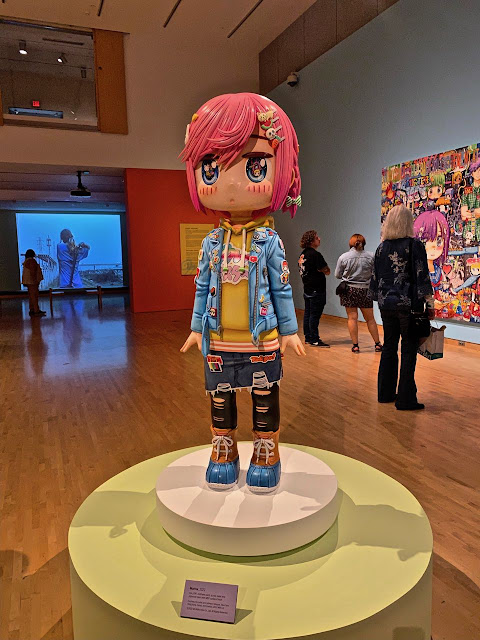 The exhibit is described as "exploring the vivid, chaotic and manga-inspired world of one of today's most popular artists."

I knew the term "anime" but I had not heard of "manga" before so I looked it up.  It means comics or graphic novels originating in Japan.

I liked the exhibit more than I thought I would.  It's so colorful and so busy.

My sons are into that, but have their own stiles. One of them just got a BA in Illustration

There's a lot of characters to search for in the first painting.

The first shot is very crowded.

As a comics fan, I am not into anime and Manga.

It is a busy look, I wonder if life is that complicated in the mind.

It has taken me a while to warm up to Anime - having kids in the house helps. The movies are the best, the still art is not quite as dramatic. The colors and action and deep serious tones in all of that cuteness is ironic. The films are truly works of importance and beauty for the most part, they will make you cry , a lot.

I don't really know a lot about it either, Sharon. It looks like you could spend a great deal of time there looking at the details.

Lots to see in the first photo, I wouldn't know any of the character though.

Manga has a class of its own

That's a different exhibition, I know about anime and manga but I"m not into them.

I like some manga, but there's a certain sameness to it all. The style of the artwork is all so similar. (At least to my untrained eye.)