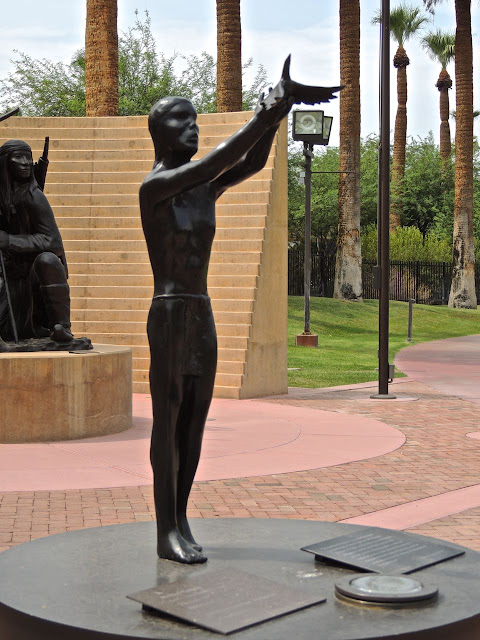 Today is Memorial Day here in the U.S.  To celebrate I chose another sculpture from the Heard Museum's Veterans Memorial Tribute area.

This one is called "The Gift" by artist Michael Naranjo. 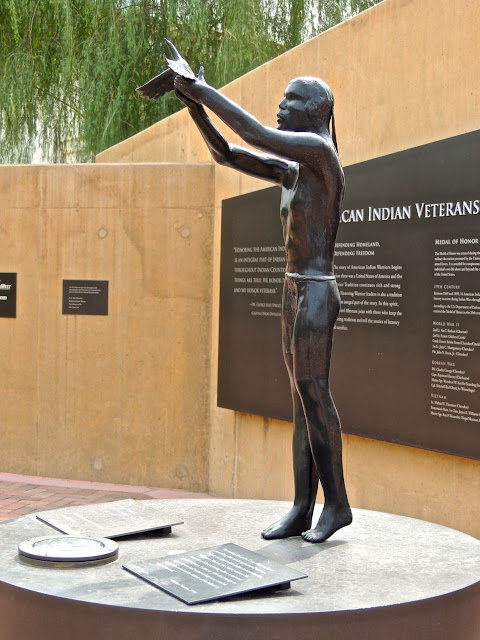 The artist's statement says: "In creating this piece, I was asked to depict something that would represent all veterans.  I chose the figure of the Indian to represent the indigenous veteran, the native warrior. His arms are uplifted releasing a dove, a universal symbol of peace.  I came up with the concept to represent men and women of any race, creed or belief who served in the defense of the beliefs of their homeland."

It is an impressive sculpture.

Pretty - we need more native representation in this country

Happy Memorial Day Sharon, the sculpture is superb and perfect for this day 💙

It's a beautiful sculpture.

I like very much this kind of celebration to honor the soldiers who fought for their country. It's a beautiful sculpture.

A nice sculpture -- but there seems to be an awful lot of signage surrounding him! I think he'd make more of an impact in a less wordy environment.

Lest we forget, very important to remember these days.