Watching the Men at Work 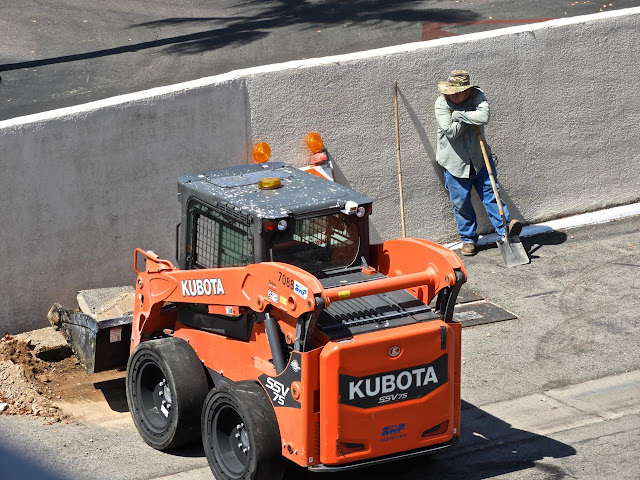 About three weeks ago, the power went out at my place at 11:00 PM.  I was in bed when it happened and once I realized that the power was out, I got up and called the electric company.  They were assessing the situation and after about two hours, confirmed the problem and predicted the power would be back by 8:30 AM.  When I woke up at 5:30 AM, it was pretty warm in my house and since I couldn't work from home, I packed up the laptop and headed to the office.  It turned out that the problem was an underground cable and that cable was under the parking lot at my complex.  They did get it fixed before the predicted time but they left behind a big pile of dirt and pieces of pavement that had been sitting in the parking lot ever since.  Yesterday, they showed up with this cute little Kubota machine to clean up the pile of dirt. 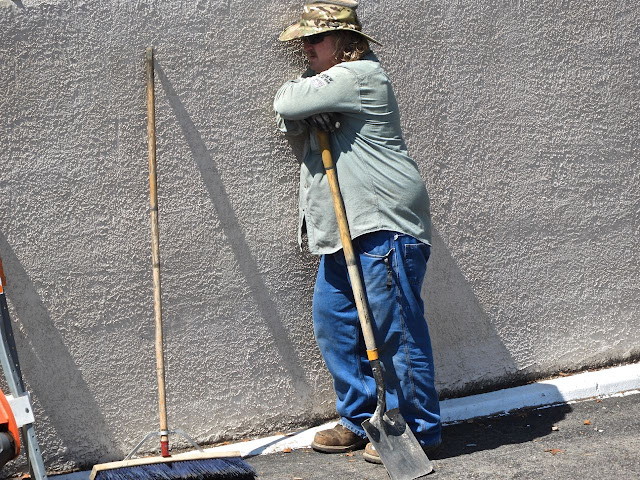 This guy waited while the driver of the Kubota dug up the bulky pieces.  Then he swept up the smaller pieces and made sure they picked up all the dirt. 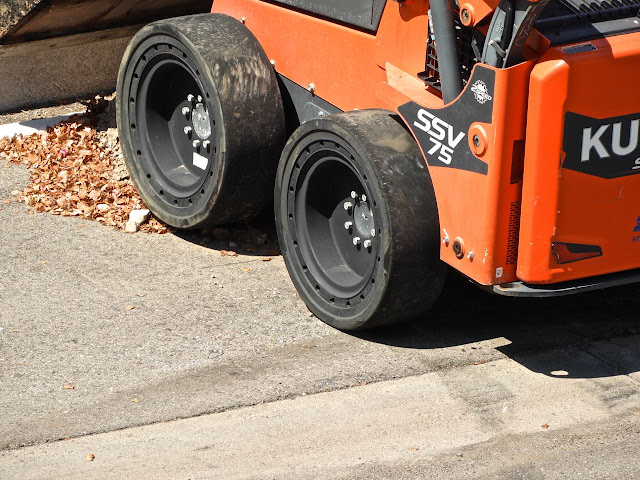 I enjoyed watching this process because that little Kubota was so much fun to watch.  It turned on a dime without any of the wheels turning.  As you can see, there is no tread on those tires.  It just scoots sideways in order to turn around.  It was kind of funny to watch. 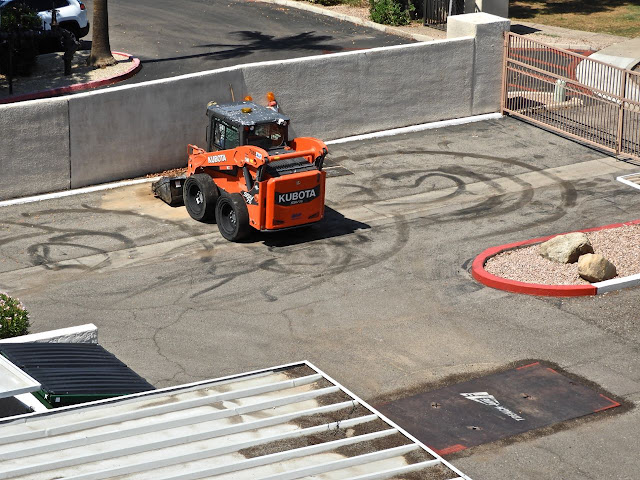 In this photo you can see all the black skid marks the tires made when it was doing those funny turns.  Directly behind the Kubota, you can also see the metal cover over the whole they dug three weeks ago to fix the power cable.  Now I'm wondering when they are going to pick up that metal covering and patch the pavement.  Maybe there will be more men at work to watch when that happens.

That's quite a job.

What an interesting little machine!

I have been told that I love hard work, and it is true, I can watch it for hours.

Sharon- Have you ever posted a video? This machine would have been worth it.

Is it just my imagination, or are power outages becoming more and more common? That little Kubota is very cool. Reminds me of similar devices called "Bobcats".

I agree with Roseann -- this would be a good video opportunity!

I did laugh when I saw your first shot Sharon, at least this guy was just waiting to spring into action 😉 everytime I see road workers they seem to be on acres break 😊