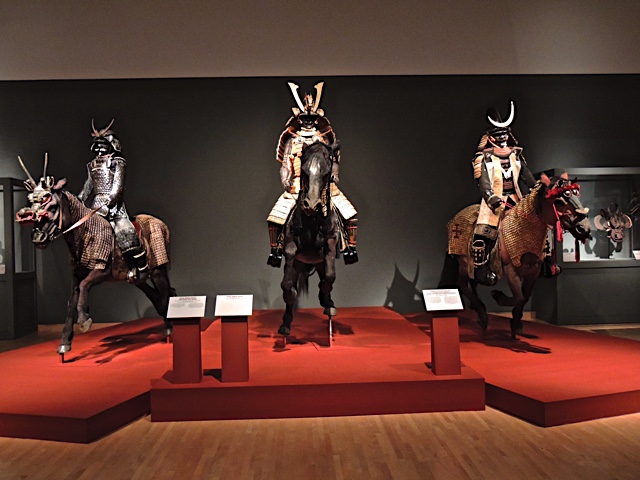 An army of Samurai have invaded the Phoenix Art Museum and word has it they are going to hang around until July 16th.  Earlier this month, the art museum began a wonderfully dramatic exhibit of Samurai armor and other warrior regalia that will transport visitors back to a time when Japanese Samurai warriors were both revered and feared. 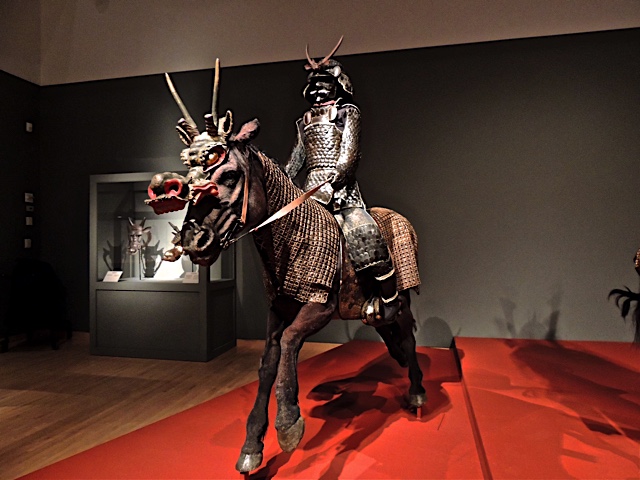 The collection belongs to Ann and Gabriel Barbier-Mueller of Dallas Texas and includes more than 140 items. 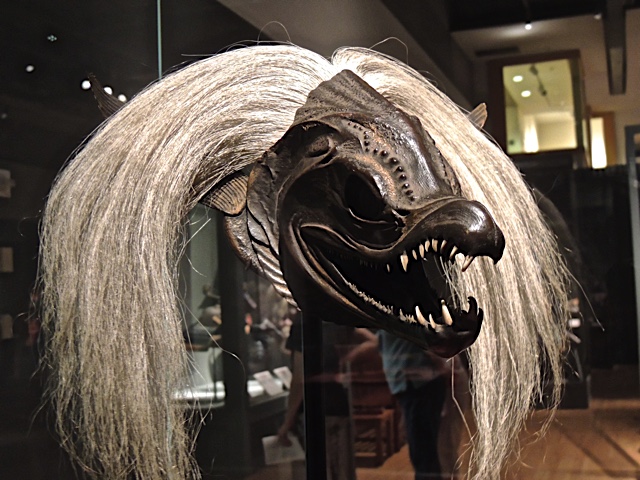 This is called a Frontal Crest and sits atop a helmet.  It's fashioned to look like a mythical animal, part bird and part fish. 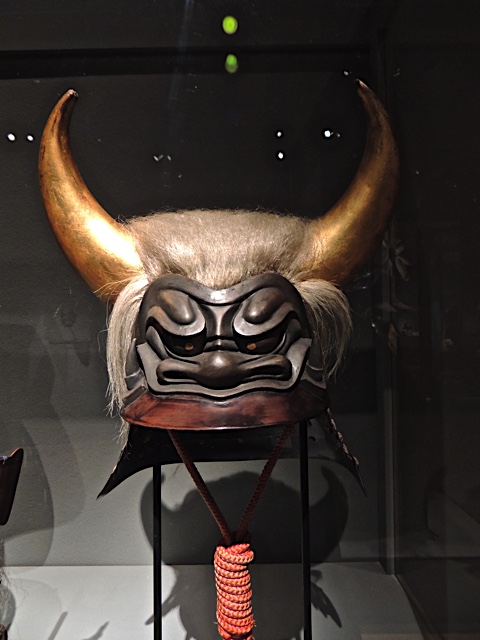 This helmet is shaped like an "oni" demon from Japanese folk lore.

Tomorrow I'll show you some of the armor that is on display.
Posted by Sharon at 1:00 AM

Love to see that exhibition

The fact that they're life sized makes them even more impressive Sharon, what a fantastic exhibition.. the masks are a wee bit scary, you can just imagine how they would look worn in some sort of ritual!

Karl used the word that first came to my mind: fierce. And scary. I'd probably run and hide if I saw these guys coming! Maybe we could send them to Washington (D.C.)?

Just seeing them riding in would be enough to make me turn tail and run.

This is a fantastic exhibition! Those masks are wonderfully scary and intimidating!

It is a beautiful collection Sharon. So interesting!

That mythical animal is terrifying!

I think that Frontal Crest will wake me up at three o'clock this morning!