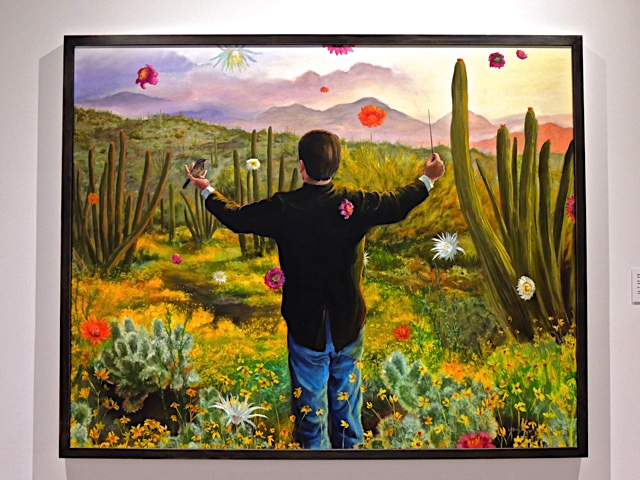 The exhibition in the new gallery at the Heard Museum is called "Beauty Speaks for Us" and it is meant to present works of American Indian art that span generations and cultures but share the transcendent quality of beauty.  Many of the works were from the collections of private owners from the Phoenix area with some of the museum's own pieces also included.  I really enjoyed seeing some incredible artworks that I had never seen before and this painting above is a good example.  It's called "Orchestrating a Blooming Desert" by Steve Yazzie from 1970.  Since I have such a love of the desert in bloom, this one would appeal to me, wouldn't it? 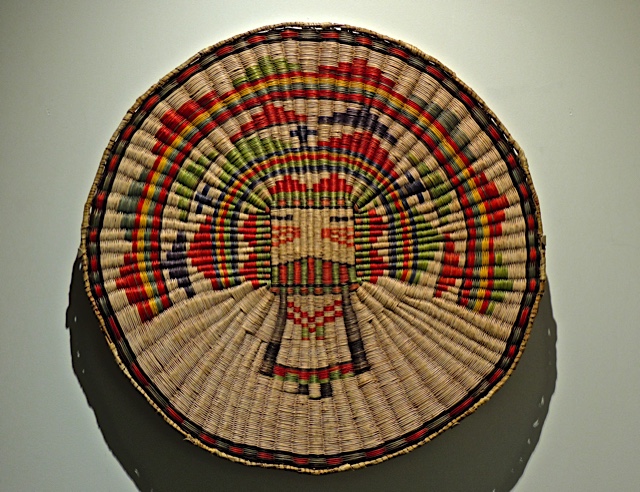 The basket weaving dates from the early 1900's from the Hopi culture.  It's part of the museum collection. 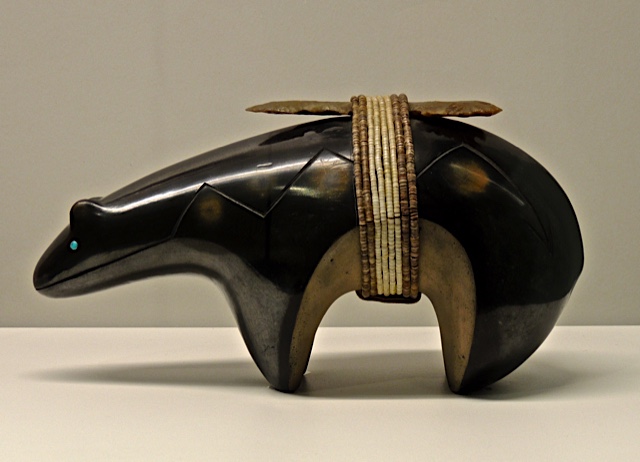 This black and siena bear sculpture is from 1970 and is the work of Tony Da from the San Ildefonso Pueblo in New Mexico. 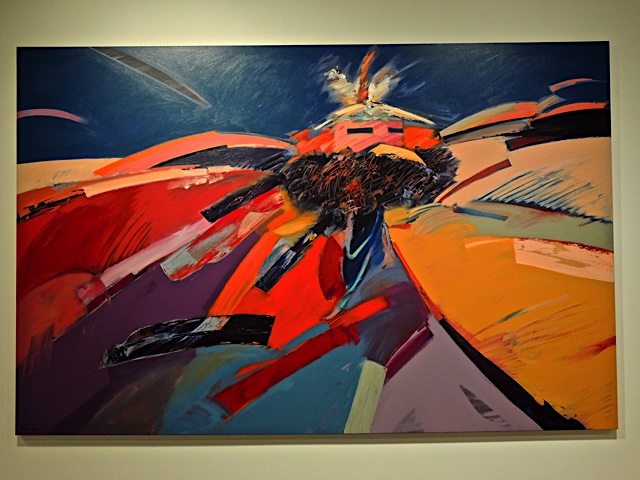 This painting is by the well known native American artist, Dan Namingha.  It is dated 1950 and was a gift of the artist.  It's called "Red Tail Hawk Kachina".

That wraps up my photos from this exhibit which ends on April 2nd.  I'll be anxious to see what show they mount next in that beautiful new gallery.
Posted by Sharon at 1:00 AM

I can see why you would like that fist painting.

Wonderful, vibrant colours in the first painting - it creates a very happy feeling!
I really love the bear sculpture too!

I love the blooming desert conductor. What a cool idea! They're all impressive artworks. Thanks for taking us along to this exhibit!

They all appeal to me, especially the last photo. Great painting!!

The first painting is a true delight Sharon and I can see why you fell in love with it, I like all of them here. Artists definitely make the world a happier place ☺

My favourite is that bear sculpture.

I like all of these but the first painting is my favorite. I think everyone should have the experience of seeing the desert in bloom. It's unbearably beautiful. Speaking of bears, I love that sculpture also!

I like the bear and your desert painting, Sharon!

That first painting is my favorite. The bear sculpture is beautiful, I love that too. It must have been an outstanding exhibition to see.

That first one reminds me of the movie in which Michael Caine plays a retired composer/director who makes music from the birds and the wind and the cowbells.