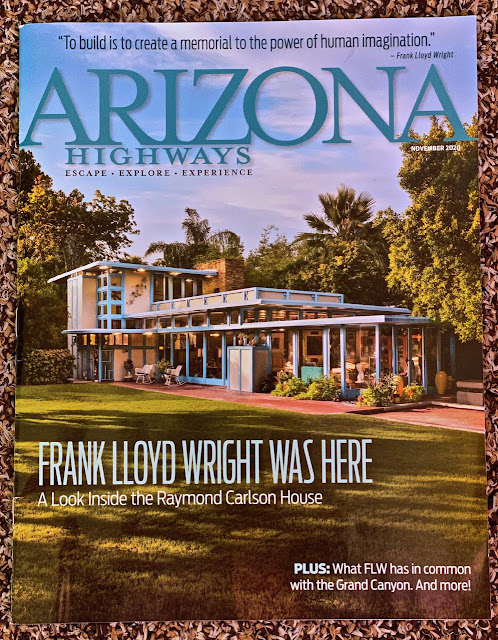 On the cover of the November issue of Arizona Highways magazine was a picture of a Frank Lloyd Wright designed house in Phoenix that I knew nothing about.

Wright was friends with the editor of Arizona Highways and in the late 1940's he learned that his friend was living in a small apartment.  He told him "I'll design a new home for you for free.  All you have to do is buy the lot and provide a construction crew."

From what I've learned about Wright, that offer was very unusual.  They must have been great friends.

So in 1950, the Raymond Carlson House was built. 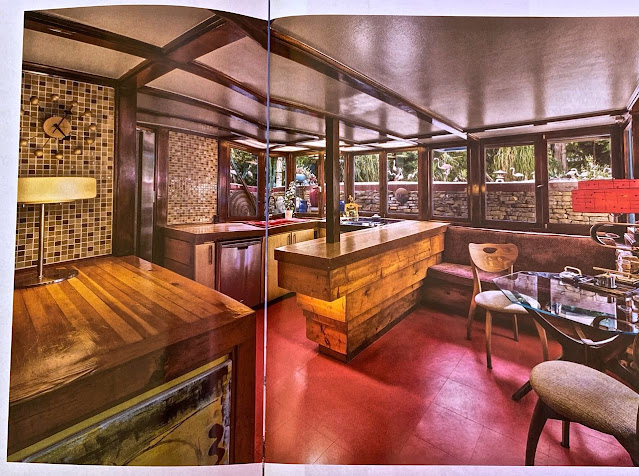 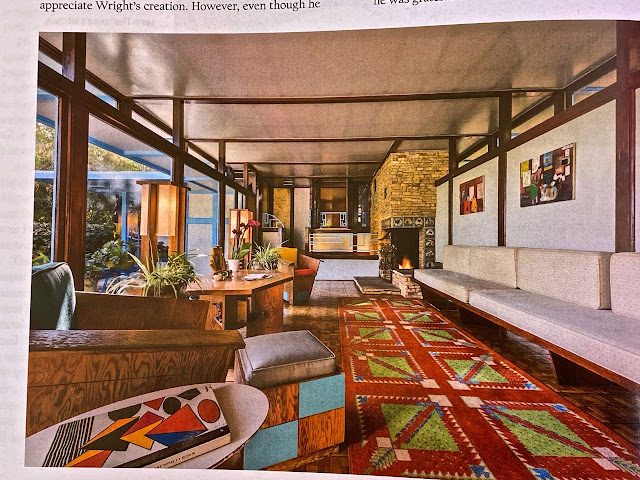 I'm showing you these photos from the magazine article because this is a private residence so it's not one I could tour and photograph.  I had never heard of this house before so I was curious to get a look at it.  The article did not give an address and in fact, it said that the house was not visible from the street.  But, you know me, I have to see for myself.  It took some research but I finally came up with an address. 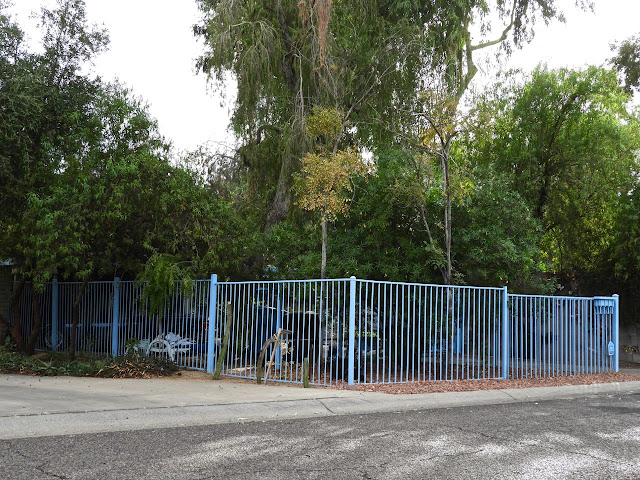 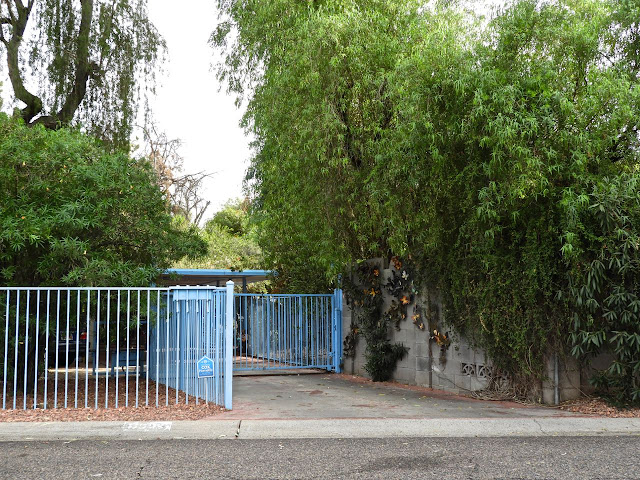 The article was right, you can't see the house from the street.  It is completely surrounded by trees and shrubbery.  The only hint of the place was this turquoise fence at the car port.

I wonder if there are any other hidden FLW treasures around the valley!

I wish I had a boss like Frank Lloyd Wright.

I love the Franl Lloyd Wright buildingd, have once made a travel tour in the USA to visit many of his buildings. Was amazing to visit them with a guide.

Arizona Highway was my father's favorite for years.

My grandfather used to get Arizona Highways -- which is so funny, because he lived in Washington, D.C. But I remember the old issues, which always had great pictures.

How wonderful to see inside via the magazine article Sharon, how fabulous it is 💙

One can only hope that it has been kept intact and updated appropriately, Sharon!

What an honour to have Frank Lloyd Wright as a friend and to have him design your house. It looks great, but the fence does not suit the house at all, lol.

There is a FLW designed home in Glen Ridge, NJ where I lived for 10years. It, too, was back behind other houses and trees and I never saw it even though I tried. I guess that's how you know it's a real FLW.

Oh, gosh! My parents subscribed to that magazine for years.

He certainly had a distinctive style.

He certainly treated his friend very well. The house is a beauty.