Frank Lloyd Wright Was Here Too 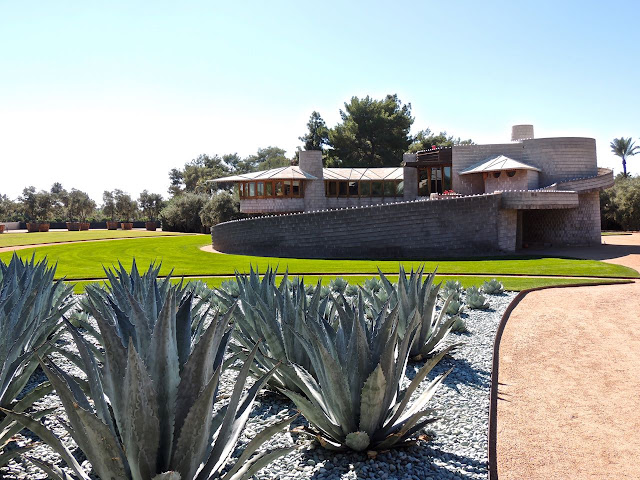 You might remember this house.  I toured it several times four years ago after it was saved from the wrecking ball by a man who wanted to restore it and open it to the public for events and tours.  A lot has happened since that time.  The new owner faced a rather hostile uprising from the neighborhood who were opposed to the traffic and noise his plans might cause.  In the end, he sold the place to a group of Frank Lloyd Wright Architectural School graduates who have their own plans. 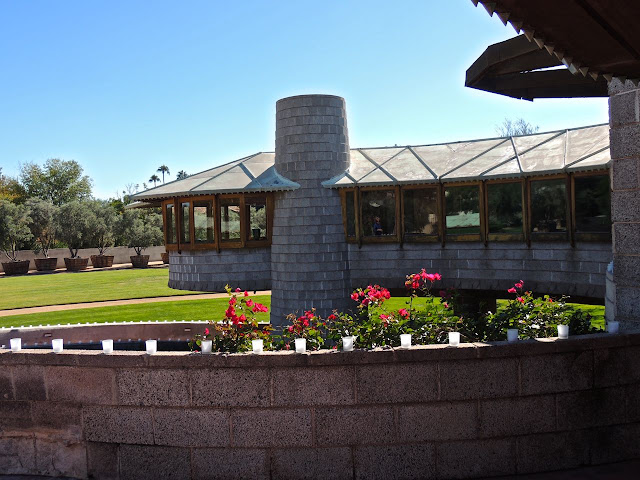 The new owners want to restore it to its original look which includes a copper roof that was part of the original plan.  The lot this home sits on is unusually large, so they are planning on building at least two more buildings here all based on FLW plans.  I'll keep my eye on this one to see how it goes.

I posted photos of the inside of this gorgeous home back in January of 2016.

It is certainly different than any house I have every seen but the neighbours sound familiar. ;-)

The neighbors can often be challenging

I remember when you toured this place, Sharon. Neighbours can be interesting to deal with.

That seems like it might arouse the hostility of neighbors too! Honestly, would they be happier if the place fell to rack and ruin? They need to relax.

It always astonishes me when ANY FLW building is considered for destruction. They should all be on the register of historical places and protected.

Another beautiful house Sharon. I can't believe someone wanted to pull it down!

That is a beautiful house. Neighbors can be annoying sometimes but I can understand their concern especially in a quiet neighborhood.

Good grief! A few visitors wouldn't seem to present much of a problem.

I read about that house in Arizona Highways recently.

I am a huge Frank Lloyd Wright fan, that house reminds me of a castle.

Neighbors will have probably to deal with more noise with the new constructions than with visitors...

Thank goodness it wasn't demolished Sharon, restoration is a much better option. Will be interesting to see what it will be used for, might be nice if someone just enjoyed living in it 😉