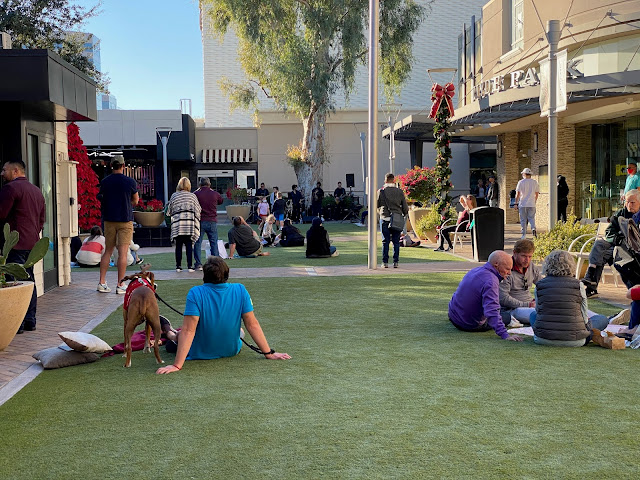 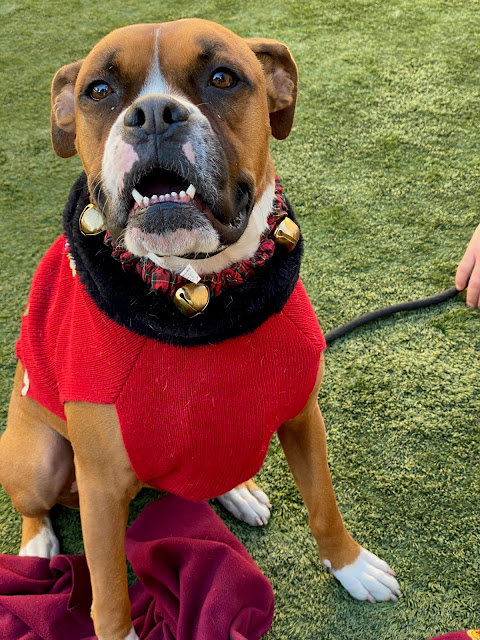 Early last week, I needed to pick something up at the local Williams-Sonoma store at Biltmore Fashion Park.  I parked my car in the parking lot and noticed there were a few more cars than I've seen here lately but, that made sense.  We were days away from Christmas.

As I rounded the corner toward the store I heard music playing and then I saw this crowd of people all gathered at the center of the mall.

I spotted that fellow with the blue shirt and his dog who was wearing reindeer antlers and from a safe distance, I asked if I could take a photo of his handsome, four-legged friend.  I was hoping to get those great antlers but this fellow was so happy for the attention, he struggled to sit still.  Isn't he cute? 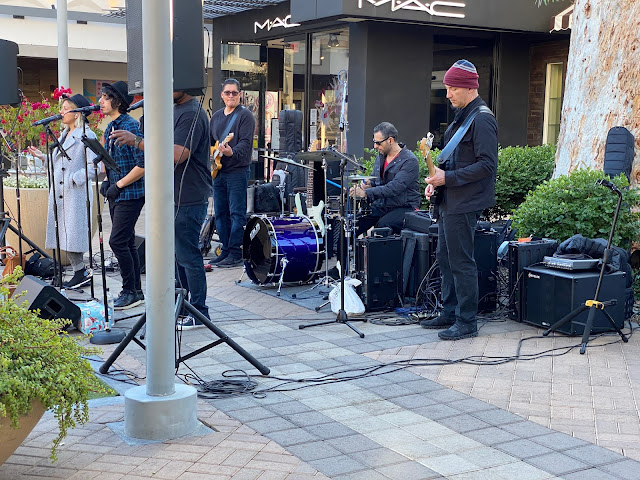 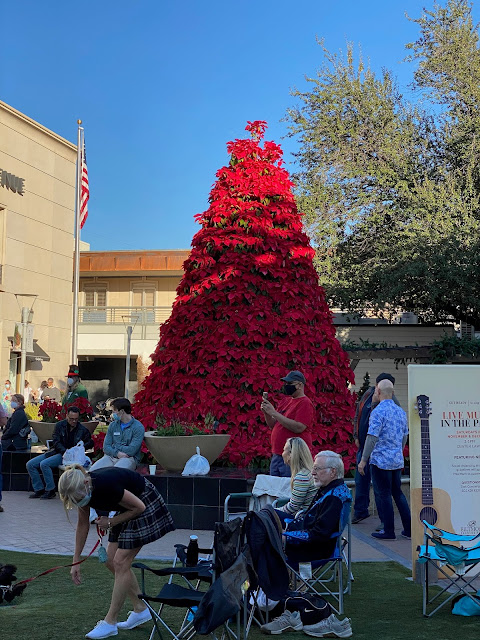 It's been so long since I've seen a musical group performing, I had to snap a photo.
I also snapped a photo of the annual poinsettia tree that was nearby.
The people had spaced themselves so they weren't close together and most of them were wearing masks. They were clearly taking advantage of this rare occasion.

Those meetings are all forbidden here now until January 17..... Love the dog!

There's nothing like a happy dog to lift your spirits during a pandemic.

The dog is a cutie.

Well that was a treat.....and yes that is a handsome dog.

That's a beautiful Boxer! They're such great dogs.

We are locked down until at least Jan 28. So no gatherings here.

I love those enormous poinsettia trees like in the last shot. Just beautiful.