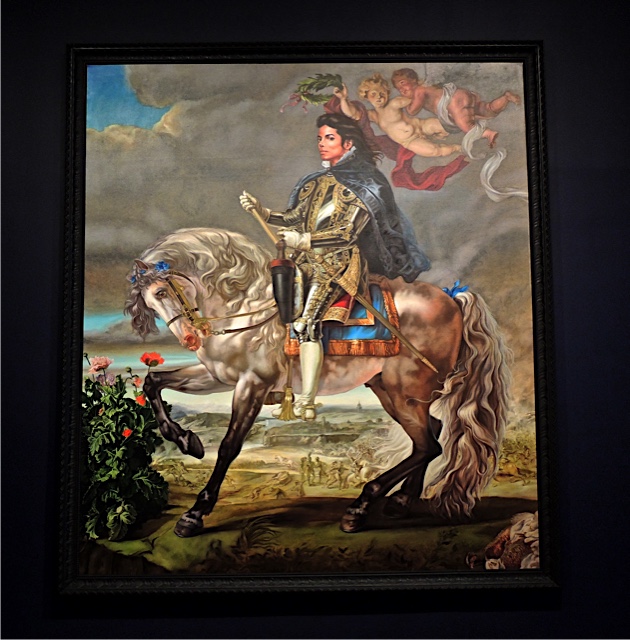 The second exhibit I visited at the Phoenix Art Museum last Saturday was one called Kehinde Wiley: A New Republic.  It was a vast exhibit of some 60 large scale portraits and sculptures from the past 14 years of his career. 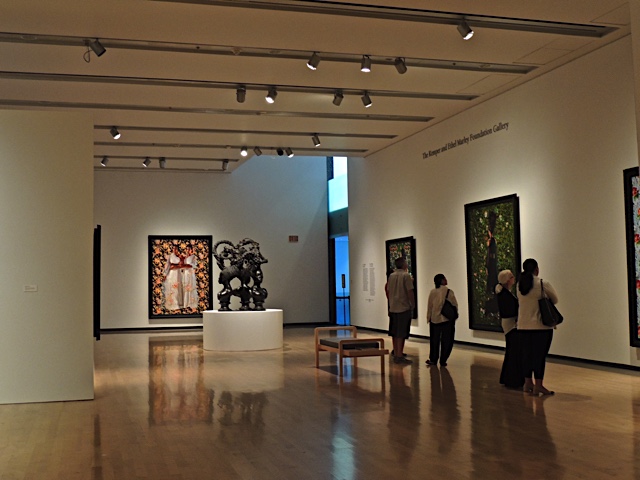 The paintings were mostly very large and brilliant with bright, colorful backgrounds framing the people who were posed in a highly stylized manner. 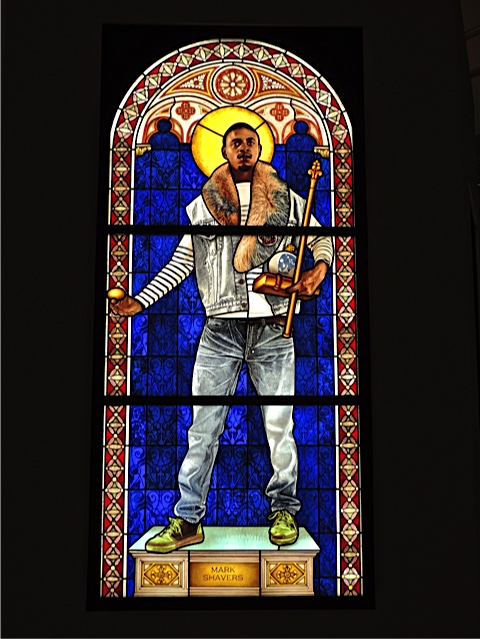 There was even a selection of stained glass windows with brilliant jewel-like colors.

Here is a quote from his description of his religious subjects:
"...the Christian Church was the second power that determined the course of history in Europe.  Images of biblical figures had a commanding presence in churches and palaces - often these were the only human likenesses that ordinary people, farmers and laborers would see in their lifetimes.  Fashioned in the image of the white ruling class, these images of biblical protagonists had no relation to historical or geographic accuracy.  As such, these images helped to amplify and legitimize the existing European authorities and hierarchies." 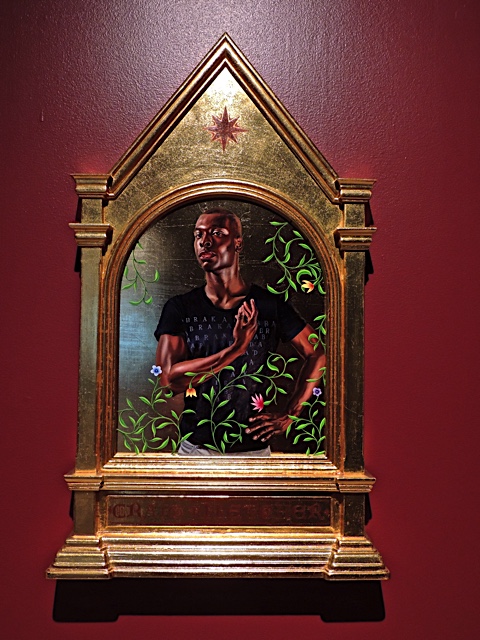 Wiley has taken these traditionally "white" representations and painted them with people of color in contemporary dress.
It was very impactful. 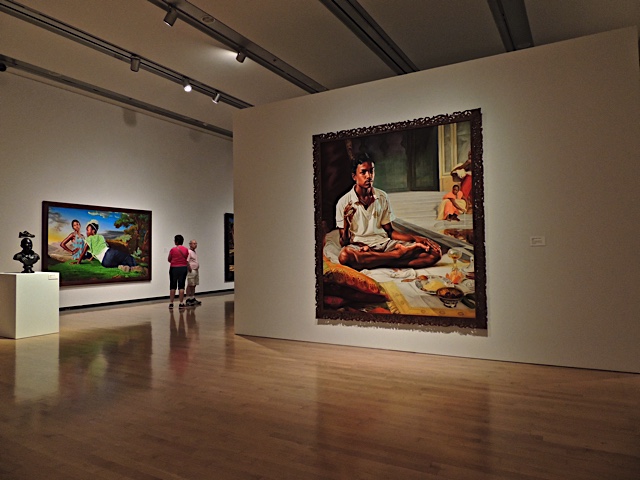 His works both impressed me and made me think which is what art is supposed to do.  I was completely absorbed in the subjects and the stories.  In addition to the art works, there was a room showing several videos where Wiley talks about his work and takes us to the places around the world he has visited and recruited models for his portraits.  It was fascinating and inspiring.
Posted by Sharon at 1:00 AM

This looks like an amazing show, with some really impressive artwork. I would love to see it!

I'm impressed. What an exhibit. I can imagine that this would be mind-boggling and mind-changing. The person on the horse looks a lot like Michael Jackson. I'm going to have to do more research on Mr. Wiley. Thank you for sharing this!

The first thing I thought when I saw that first picture is just what Lowell said. What a fascinating exhibit! So glad you have shared this.

I should have mentioned that the first painting does depict Michael Jackson. Of all the paintings, that is the only one depicting someone famous.

The paintings are incroyable Sharon and so is the space they are hanging, I always think that if the gallery space is beautiful it enhances the enjoyment of the art, those super shiny wooden floors are gorgeous!

These are huge portraits! What an exhibition!

I also made the association with Michael Jackson in that first painting.

What an interesting artist. I like the bold colors!

Wonderful, Sharon! And what a space!

How wonderful!!! 60!!! I was on the board of trustees of the Columbus Museum of Art around 2006 (?) when the museum mounted either Wiley's first or nearly first show. I was blown away. Hartford's Wadsworth Atheneum acquired one of his works a year ago and he was scheduled to speak in September. I had it on my calendar but he had to cancel and reschedule. Now his talk will be next week and I am in Naples so can't go.