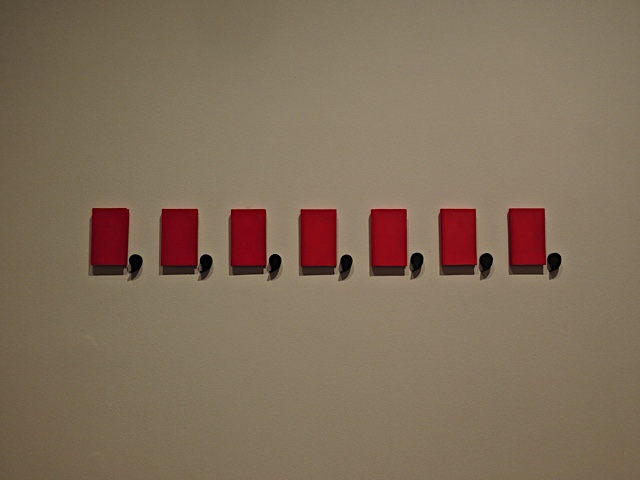 When I was at the Phoenix Art Museum last Friday evening, I checked out a couple of new exhibits I hadn't seen before.  I found this one quite interesting.  It is the work of an Argentinian artist named Horacio Zabala.  He is recognized as one of the most important conceptual artists from Argentina. 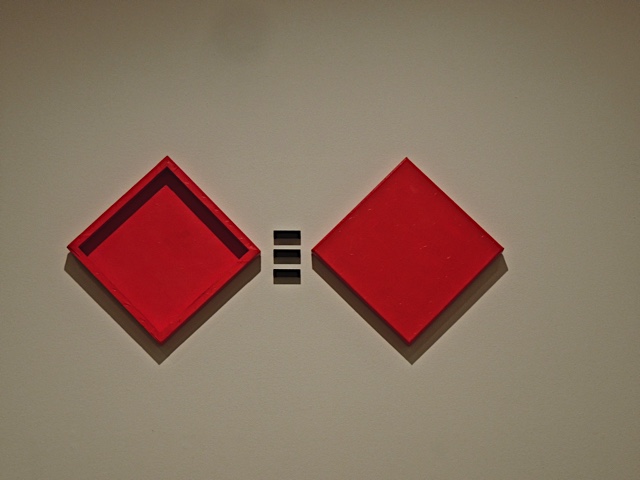 Zabala was educated as an architect but became active as an artist in the late 1960's.  He has a fascination of space and "the means by which space is defined". 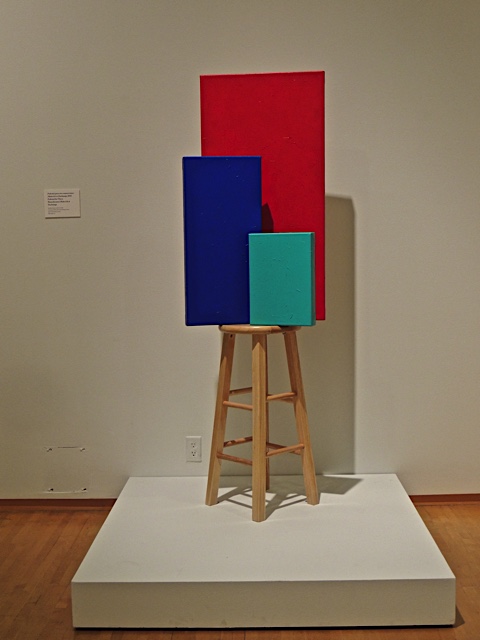 He is quoted as saying: "My intention, and my attention, are not only oriented toward what is effectively seen, but also what is thought about what is being seen." 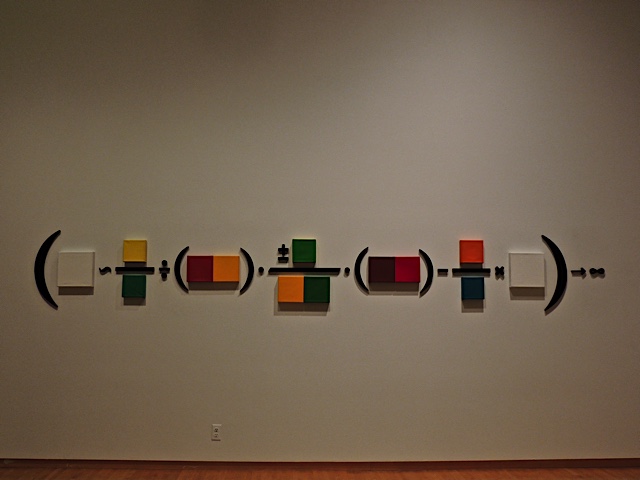 Personally, there was something very appealing to me about these pieces.  I love the use of solid colors and precise shapes and I like the mathematical look of the way they are presented.
Posted by Sharon at 1:00 AM

I like it very much too Sharon. There's something tres appealing about shapes and the shadows they create. I particularly enjoyed the complexity of the last piece.

It certainly is interesting and I'd guess more so if you were a mathematical person. I got the hypothesis bit but wonder if it's been tested? My favorite is the last piece.

The last piece is also my favorite.

I like it too. The last one is especially interesting.

It's very unusual. It would look good in a stark, modern building.

I like all of these collections of shapes. They are interesting to look.

Especially the last one -- the complexity, and the message of the equation. Is white the end point of all those colors, or the beginning point? Is light infinite? That's what it says to me.

It makes us think it's for sure!

I love the first one, Sharon! I could so easily live with this on my wall!

They appeal to me too.

Hmmmmmmmm. Your previous commenters all seem much smarter than I am. I don't get it.