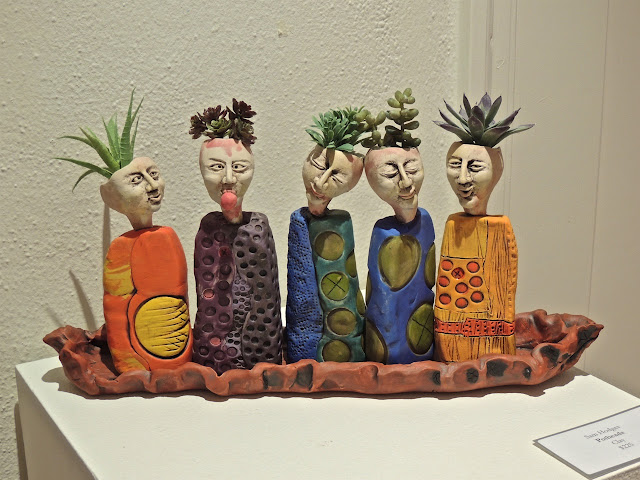 When I was at the Shemer Art Museum last weekend for the tiny homes show, I was told that the museum had a ceramics exhibit up so I went inside to check it out.  I fell in love with this piece.  I might even have purchased it but, it already had a red dot on it so I knew it was already sold.  There is just something really whimsical about this one by a sculptor Sam Hodges.  It's called "Potheads".  Perfect. 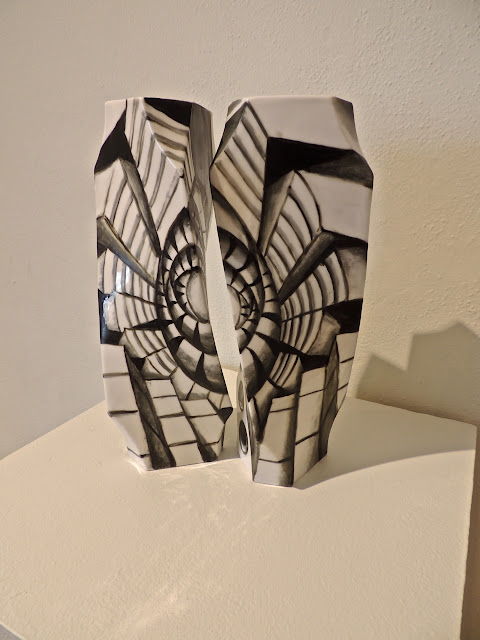 Obviously, the patterns of this one caught my eye.  It's called "Freefall" by Carlos Kessler.  It does have a sort of "twilight zone" look to it. 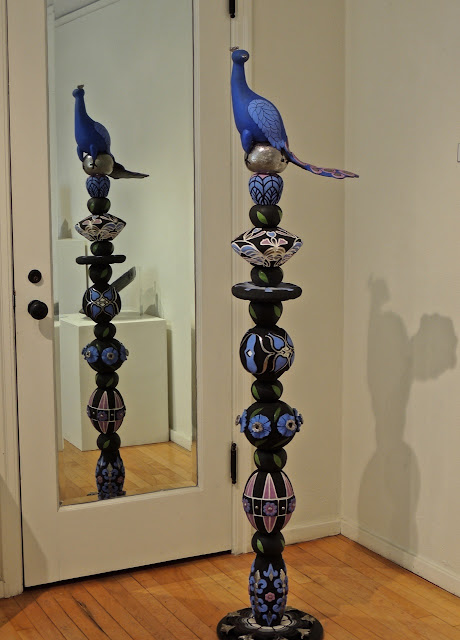 This totem pole was also an eye-catcher.  This one is called "Art Deco Totem" by artist April Watt.

I have a new post on Sharon's Sojourns today.  I have a variety of New York scenes.
Posted by Sharon at 1:00 AM

I like this art, the first one looks so funny!

I think the totem pole is my favorite.

These each have their own particular charm but the "Potheads" were and are fantastic. I love the "hairdos" growing out of their heads and the funny expressions on their faces. That would be great to have in your kitchen as it would help start every day with a laugh.

That totem pole is fabulous! I wonder how much "pot heads" would have set you back?

Freefall is quite appealing.

Beautiful art! I love the pot heads, it's quite unique.

I like the totem pole and the potheads which are quite funny!

So different from other exhibits. And the colors bring joy. Unique.

Three very high quality works of art. I can see why you were interested in Potheads.